ToolGuyd > Editorial > Sears New 2010-2011 Tool HQ Catalog
If you buy something through our links, ToolGuyd might earn an affiliate commission. 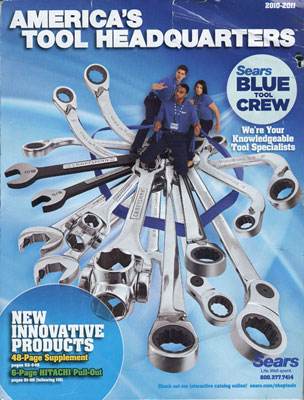 I received the new 2010-2011 tool catalog from Sears today. From the looks of it, Sears is wasting no time in advertising their new partnership with Hitachi. Whereas in the previous 2010-2011 catalog version, there were few Craftsman tools on the cover, this edition features only Craftsman and Gearwrench wrenches.

Regardless as to what’s on the cover, the catalog is vastly different from those of recent years. A lot of people are going to be upset at the increasingly slim Craftsman tool selection featured in the catalog. But, it’s not as if the catalog is getting smaller and smaller – I have never seen so many brands represented in a Sears or Craftsman tool catalog. 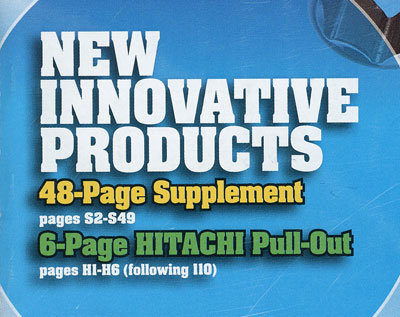 It has become clear – Sears really is trying to be America’s Tool Headquarters. Whomever is heading up Sears’ Blue Tool Crew is definitely doing a good job and moving Sears in the right direction with its increasingly diverse tool catalog. The only downside to this is that Sears stopped sending out the full-line Craftsman tool catalog, but hopefully customer demand will eventually change that.

All Sears needs to do now is improve their online store, which can be very frustrating to shop at.