ToolGuyd > Power Tools > Saws > A Quick Primer About Shark and Vaughan Japanese-Style Pull Saws
If you buy something through our links, ToolGuyd might earn an affiliate commission. 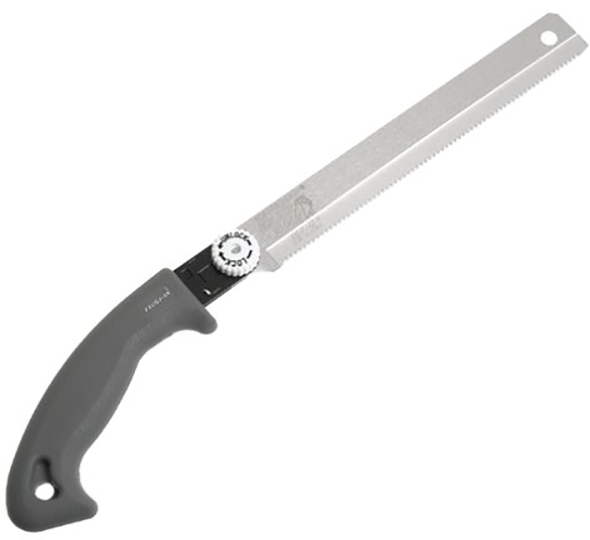 I’ve been working on a post that’s all about hand saws, but wanted to talk about Japanese-style hand saws separately.

I tend to see the category as including 2 main types of saws – traditional-style saws, such as the Dozuki, made for precision joinery, and I guess what I could call Western-influenced saws that incorporate Japanese-style saw blades with more modern-styled handles.

Mine is a very rough way of looking at things.

On the modern-styled saws, do I talk about Shark, or Vaughan? I couldn’t pick, so I wanted to briefly mention both brands.

I own both Shark and Vauhan Bear Claw Japanese-style saws, and am fond of both brands. I believe that both brands’ saws are still made in Japan, and both brands offer replacement blades since you cannot really sharpen Japanese-style blades.

A number of years ago, perhaps before ToolGuyd, I bought a mix of 3 Shark and Vaughan saws.

I have experience with several brands and styles of Japanese-style pull saws, but the most with my Shark and Vaughan ones. I’d also think that these are among the most user-friendly, plus both brands’ saws and replacement blades are easy to find.

Compared to Western-style hand saws, such as these Stanley saws:

I have found that pull saws are generally a little easier to use. They cut on the pull stroke and not the push stroke, and the tool does all the work.

They’re smaller. And both brands’ models separate for easier storage.

They have a smaller kerf.

Can be used on multiple types of materials, such as plastic.

While the general carpentry saws are described as being all-around useful, I find that they’re best for rougher cutting. They can still be used for higher precision cutting tasks, and the blades are still flexible, making them useful for flush-cutting tasks.

They’re usually larger and have curved handles, and are great stand-ins for Western-style saws.

These saws still require a little bit of practice to get the hang of at first, but less so than going straight to a straight-handled pull saw. 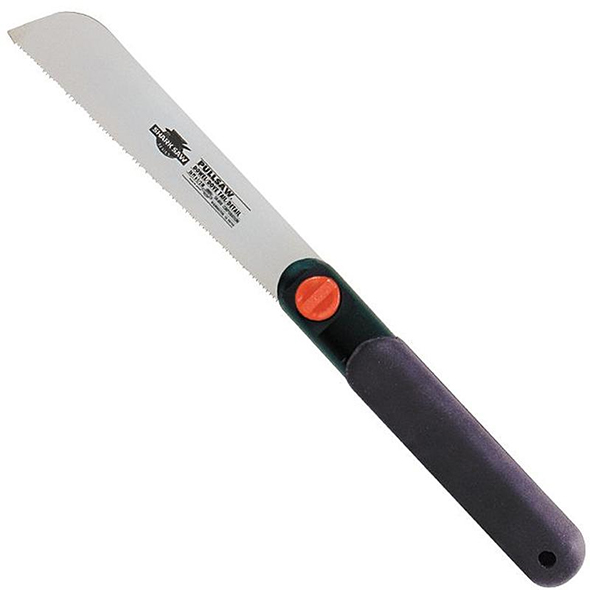 I think that my first pull saw might have been this smaller Shark dovetail and dowel cutting model. It’s great for higher precision cutting tasks, and has a very flexible blade that handles flush-cutting tasks with ease.

I don’t actually know if it’s more flexible than the larger pull saws I have used, but its small size makes it easier to use for higher precision cutting tasks, and its finer tooth profile (24 TPI) leaves cut surfaces smooth and finished.

The cut quality is so good that sanding usually isn’t needed.

Both Shark and Vaughan offer double-sided pull saws, which have coarse and fine tooth edges along opposite sides of the same blade.

These saws also excel at flush cutting tasks, especially when there’s more to trim than just a small dowel.

Mine has been comfortable to use, and I use it regularly, mainly when I need coarse or medium saw profiles for cutting thicker wood.

This two saw profiles make this style a little more versatile than the above-shown general carpentry pull saw. The straight handle requires a completely different grip than what you might be used to, but I don’t remember it requiring much effort to get used to.

Which Should You Buy?

Well, obviously, you should buy the one, or ones, that best suit your needs. But if want to give pull saws a try and don’t quite know what you need…

The carpentry and double-sided saws mentioned here are quite good. But so is the Vaughan model pictured at the top of the post. You can cross-purpose most pull saws. There’s no rule saying you must use the smaller saw on dovetails and for flush-cutting dowels and the such, or that you can only use the larger more general purposed saws for rough cutting.

Most of these saw blades are flexible and fine-toothed, lending themselves to whatever hand-cutting task you come across.

I believe that the curved handle Japanese-style pull saws are easiest to use, especially for first-time pull saw users.

Since using pull saws, I have bought additional Western-style saws, but mainly for finer joinery tasks. I use the two styles of saws for different types of applications.

When in doubt, look for the models which have the most online reviews.

As mentioned, I think my first pull saws was the smaller Shark dovetail and dowel fine-cutting and flush-cutting model, shown above.

And as for the brands, I have yet to determine which brand I prefer more. I have had great experiences with both Shark and Vaughan. There are numerous other brands of pull saws. I focused on these two because I have the most experience with them, and because they’re more widely available.

If you’ve used these Japanese-style pull saws before, what do you think about them?

Do you use them exclusively, or with Western-style saws?