ToolGuyd > Power Tools > Cordless > Skil 360 Quick Select Cordless Screwdriver Review
If you buy something through our links, ToolGuyd might earn an affiliate commission. 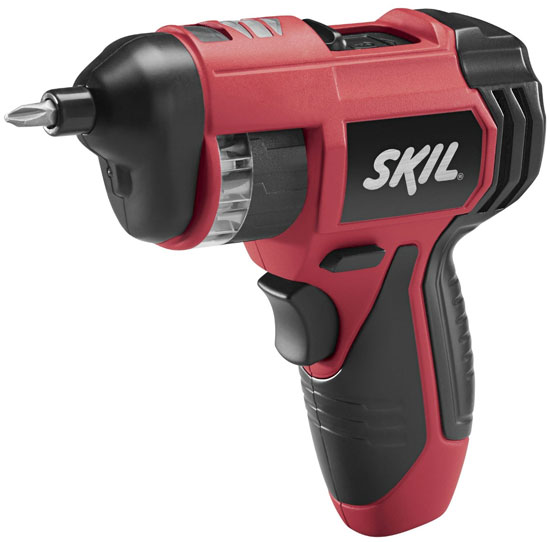 Skil came out with their 360 Quick Select cordless screwdriver a couple of months ago, and at the time I was pretty excited about its feature set, which includes a built-in rotating 12-bit cartridge and USB charging port.

After a few tests I put together a quick initial review video:

At the time, my only minor gripe with the driver was how easy it was to jam up the bit cartridge when pushing new bits forward. The oddest thing was that this only happened during testing and not at all during the few times I tested it. To be fair, I was being a little forceful with the bit plunger mechanism.

Now, more than 6 months a few more uses later, I have a few more thoughts to share about the Skil 360 Quick Select screwdriver.

To be honest, I don’t really like the 12-bit carousel. I thought I would prefer the large built-in bit carousel, at least compared to the Worx semi-automatic screwdriver which comes with two removable and interchangeable cartridges, but that wasn’t the case. The Worx driver proved to be more compact and a little more convenient to use.

Actually, I didn’t really find much benefit in having a built-in bit carousel or drop-in bit cartridge at all. At times when I didn’t need a pro-grade or clutched screwdriver, I wanted to reach for the Black & Decker Gyro I tested and have yet to give away.

By no means do I mean to suggest there’s anything wrong with the Skil 360, because it’s actually a reasonably good tool. But it just didn’t seem like a good match for me. I also felt that its construction could have been a tad better, as it’s not a good sign that the plastic bit plunger knob kept popping off.

As far as torque goes, Skil hasn’t published exact specifications, but I never really found the tool to be lacking, at least compared to other 3.6V/4V Max cordless screwdrivers. The 360 Quick Select has a single speed trigger and 200 RPM gearbox.

The Li-ion battery charges in 3-5 hours and it holds its charge for up to 18 months.

My test sample is destined for the local Habitat for Humanity chapter, and I actually think they’ll find it to be useful. Having a decently sized assortment of bits inside the tool should save mobile users the hassle of having to dig through a tool bag to find a small insert bit holder or box.

I think that this is a great cordless screwdriver for DIYers, and possibly mobile users who don’t really need pro-grade construction, a removable battery pack, or built-in adjustable clutch. DIYers who rarely misplace their screwdriver bits – or who have plenty of spares – will probably get along just fine with the 360 Quick Select as with simpler cordless screwdrivers like the B&D Gyro or Skil iXO.

Thank you to Skil for providing the review sample unconditionally. Review samples are typically given away, donated, or retained for benchmark and comparison purposes.