ToolGuyd > Power Tools > Cordless > Who Cares About Small Cordless Power Tool Updates Anyway?
If you buy something through our links, ToolGuyd might earn an affiliate commission. 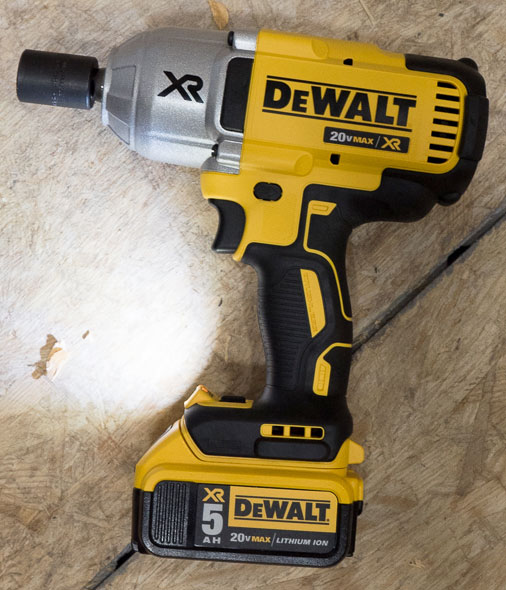 A reader recently commented about iterative updates to cordless power tools, and I have been trying to articulate my opinion on the matter.

But at this point, the perceptible differences between what comes out, and what we have, will be extremely minor in all the best ways.

There are different reasons a pro cordless power tool brand, such as Dewalt or Milwaukee, might launch a new tool. Sometimes there are new capabilities and functions that they previously couldn’t or didn’t offer, such as a cordless drywall mud mixer, or a cordless ratchet aimed at automotive users.

Other times, popular tools are updated or upgraded.

To start about how I feel about incremental cordless power tool updates, let’s start at the beginning.

I always wanted to be an engineer, although it took me until adulthood to best understand what such a career could or would have involved.

Back when I started college, I applied to the state university’s liberal arts school, not their engineering department. I did get an offer for a different school’s engineering program, but private university fees would have been considerably (astronomically) higher, even with a merit scholarship offer.

My first semester at the state college, I signed up for calculus I, physics I, economics (micro?), and history of the future. Yes, “History of the Future” – what an awesome course that was.

When I looked into the mechanical engineering program, I saw that it was extremely structured and that starting even a semester late would ensure 5 years of schooling rather than 4.

I wasn’t even sure I wanted to do engineering at that point. Maybe a path into finance would be more lucrative? I figured that physics vs. economics would help me determine my interests.

At some point I told myself that physics would be a better major to pursue. Plus, if I did want to go into engineering, a background in physics could serve as the backbone for an engineering graduate school program.

I very thoroughly enjoyed physics and officially declared it as my major.

There a whole lot more to say about my schooling choices, but there’s the important part:

I convinced myself that engineering was not quite right for me. Why? Why choose physics instead? First, I told myself that if I couldn’t reasonably pursue a career in aerospace engineering (I had always dreamed of working with rockets and other space-faring systems), understanding the physical word would be the next best thing.

For the argument against engineering, I couldn’t see myself in a career where I would be tasked with “building a better toaster.”

This is what I convinced myself of – that a path in engineering would lead me to a job where I’d be tasked with “building better toasters,” where a path in physics might open more doors.

I was so wrong, and I appreciate the irony now.

I have zero regrets about my educational choices. Well, I do wish I did things differently, but my choices made me who I am today, and forged the way I think and how I approach things. Still, I definitely see engineering and product development differently now compared to when I was 18.

To be clear, my stance about not wanting to fall into a career where I would be tasked with “building a better toaster” was a narrow view, but it served its purpose of reassuring myself I was on the path I needed to be on. Or rather, I realized my dream careers were largely unobtainable, and so I came up with this idea to avoid feeling regretful about it.

In the grand scheme of things, it’s just another update, not a big deal. Right? But, the context and impact of every new tool IS a big deal.

Why didn’t they come out with a tool like this two years ago? What challenges were overcome to get here? What does the competitive landscape look like now? Does the new model utilize any new technology?

I’d like to focus these considerations on professional cordless power tool brands. Consumer brands don’t push the envelope at as quick a pace, and there are a greater number of tools that are driven by marketing decisions rather than improvements.

With pro cordless power tools, each generational iteration might seem small, but improvements stack up over time.

A higher-powered 7-1/4″ cordless circular saw? A small change to a 4-1/2″ grinder? It was only a couple of years ago when pro brands could only offer 6-1/2″ saws due to power limitations and there were “cordless cut-off tools” instead of  “cordless angle grinders” for the same reason.

A few years ago, we had brushed motor 6-1/2″ circular saws. Now, we have cordless brushless-motor 12″ miter saws and even cordless table saws.

It’s not about “building a better toaster just to sell more when what we have is good enough.” Maybe this can’t be completely ignored, as brands do want their tools to sell and some iterations might be marketing-driven.

But when looking at the big picture, every release is important.

If you’re looking to a buy a new tool, does it matter that there are smaller changes between the last and current generations? Probably not if the updates are minor.

Consider computer processors. Is it a big deal that the newest CPUs might only be 10% faster and 5% less power-consuming than the previous generation? If you bought or built a new PC the previous year, you probably won’t upgrade. But what if you’re replacing a system that’s a couple of years old? You’re going to want that newest generation of products.

Is it worth the upgrade if a new model shaves application speeds from 4 seconds to 3.8 seconds? Not usually. But what if a task that took 4 seconds to complete now takes 2 seconds? That’s a bigger difference. Jumps like that aren’t easy to accomplish in an iterative update and usually requires major technological evolutions.

Iterative updates are the way things go across many industries. Look at smartphones. Some years there are big innovations, and in other years there are smaller updates or improvements.

This is how the free market works.

Brand A introduces a product that offers new or innovative features and capabilities.  Brand B one-ups brand A with a competitive option. Brand A counters the competition with an iterative update.

As things progress, the changes made between generations will plateau unless or until impactful technological developments allow for greater enhancements and upgrades.

When reading over a press release or sell sheet for a new tool being considered for a post, I try to think about the big picture. WHY is this new tool important? What about it is important for readers? What might readers care about?

With a tool like the pole hedge trimmer, my assumption is that there were more marketing challenges than technological ones, although it’s impossible to know. Why is such a tool being introduced now, rather than a year or two ago?

And by marketing challenges, I imagine that there are lots of tools on any pro cordless power tool brand’s roadmap, but each brand can only work on so many tools at any given time. It would make sense for higher-demand tools to be released sooner, barring any technological or manufacturing hurdles.

Yes, incrementally-updated cordless power tools might seem simple and mundane. It actually took me a couple of years of analysis and attempts at insight-gathering to change my perspective.

I don’t expect everyone to be excited about every new tool, nor will every new release “further the big picture” in an impactful way. But that’s also the fun behind our posts and your comments and discussions.

I like to think that the sum of my experiences here at ToolGuyd leads me to be more open-minded, but I didn’t change my mind all on my own.

Dewalt came out with their first 20V Max cordless power tools back in 2011. At that time, ToolGuyd was still a young spare-time and for-fun venture while I was still working towards my research doctorate. I clearly remember the excitement of the product manager as we talked about the length of the new impact driver.

I believe it was then that my perspective started to pivot. Sure, at the surface, pro cordless power tool brands seem to be making small iterations, but there’s a what, how, why behind every change that is made. We are often presented with the what, but for some products there are obstacles hurdled or lessons learned that have broader impact on what’s to come.

Some new tools could and should be taken at face value. Others might have greater importance that consumers might never learn about.

I am often excited about new tool releases, but it’s not my responsibility or intent to extend that same excitement to you. My task, at least as I see it, is to help inform you, providing you with the information and insights you need to better determine what the new tools mean for you.

I find new tools to be interesting and even exciting. Some of the time at least, I enjoy thinking about and exploring ways that each new tool, even iterative ones, might change the shape of the industry.

All of today’s new cordless power tools, most notably the brushless tools that were unfathomable a couple of years ago, were made possible thanks to years of constant development and progress.

Needless to say, I see product engineering very differently than I used to, even if we’re just talking about seemingly minor updates to cordless power tools or tech.