ToolGuyd > Hand Tools > Layout & Measuring > Snap Back Self-Releasing Chalk Line Tip
If you buy something through our links, ToolGuyd might earn an affiliate commission. 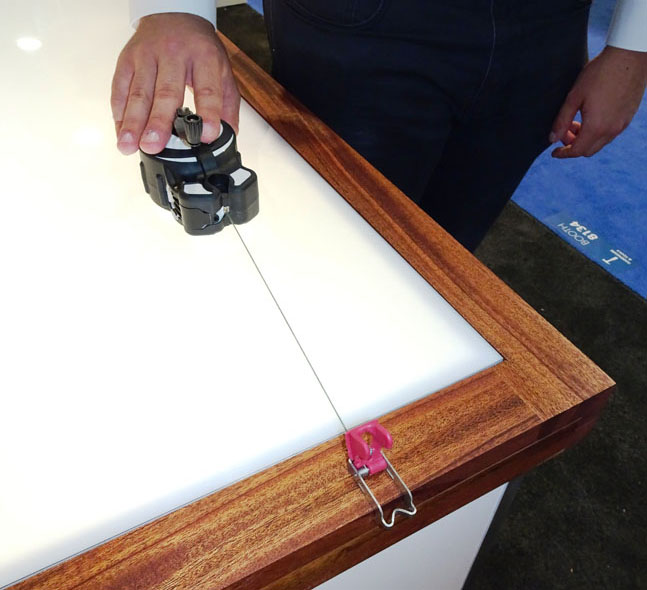 The Snap Back is a chalk line with a unique self-releasing tip. Standard tips work fine until it’s time to reel them in after chalking long lines. If you can’t shake them free from the edge with the line, you have to walk back and unhook them by hand.

The Snap Back was developed as a ready-to-use chalk reel, and a tip-only upgrade for your existing chalk line reel. 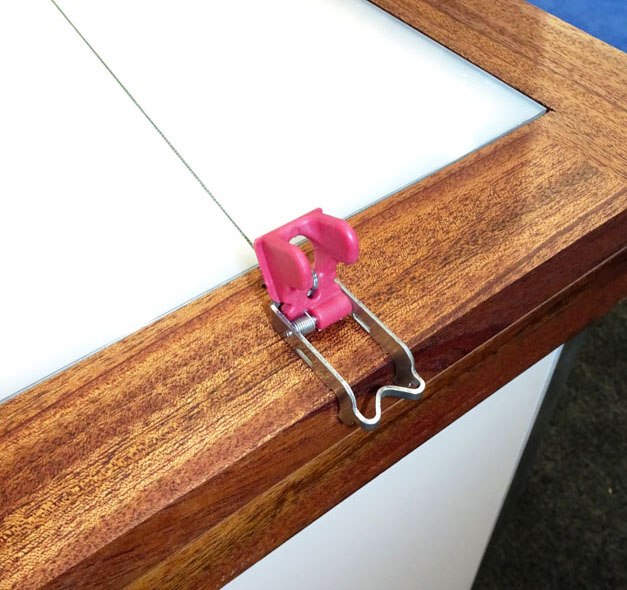 The Snap Back tip is designed to hold tight during snaps and automatically release after. It has hooked stainless steel fangs with a spring-loaded plastic piece inside. Pull the line tight, and the fangs grip while the plastic piece pivots up and out of the way.

Release tension, and the piece swings down and disengages the tip from the edge. If you gather some slack and release the line quickly, the tip will instantly pop free. It’s still possible to hook the tip on a nail. 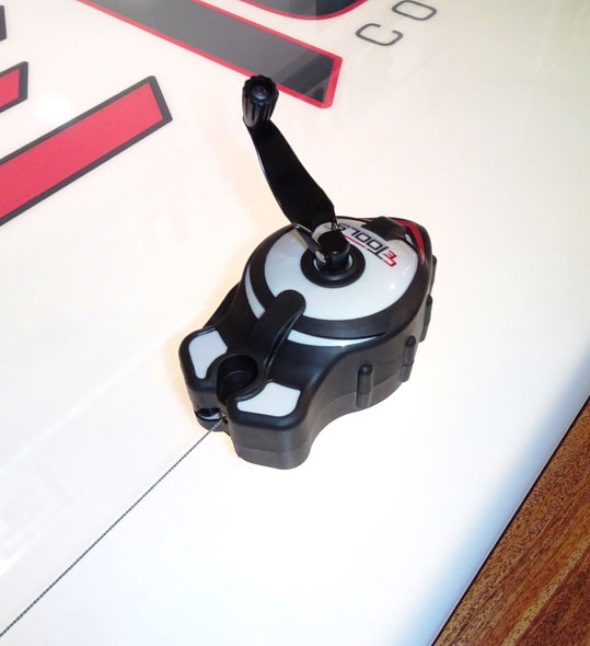 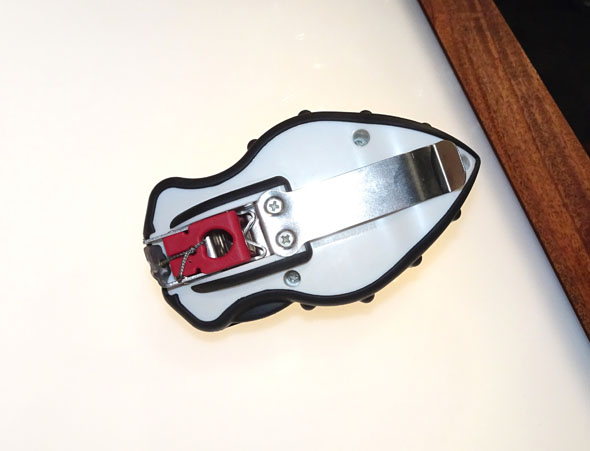 Tips will be available separately or on a Snap Back Chalk Line. The chalk line has a belt clip, 4.4 to 1 gearing, and a recess on back for storing the clip. It’s flat enough on the sides to stand on edge while you fill the reservoir with chalk.

Update: Street price for the tip is $10 at Amazon.

I was introduced to the Snap Back chalk line at the National Hardware Show in May 2017, and was taken by the idea of making long snaps on horizontal surfaces without having to walk back to unhook the tip.

It isn’t out yet but its maker says it will soon be available for purchase—though it’s unclear where that might be. The manufacturer was at the show to find vendors willing to stock the item. If that doesn’t work out it’s possible they’ll choose to sell from their website.

The Snap Back would be worth considering if and when it comes out. It depends, really, on the kind of work you do. The company video (below) shows roofers snapping out lines for shingles. It would be equally useful for framing and foundation layout.

The chalk line is nice, but nothing special: I appreciate the belt clip, the place to store the tip, and its ability to stand on edge while being filled. What this tool is really about is the self-releasing tip. I could see using it on the Snap Back or any other chalk line for chalking long lines—ones where walking back to unhook would be a serious hassle.