ToolGuyd > Power Tools > Cordless > SpeedHex FlipOut Cordless Driver
If you buy something through our links, ToolGuyd might earn an affiliate commission. 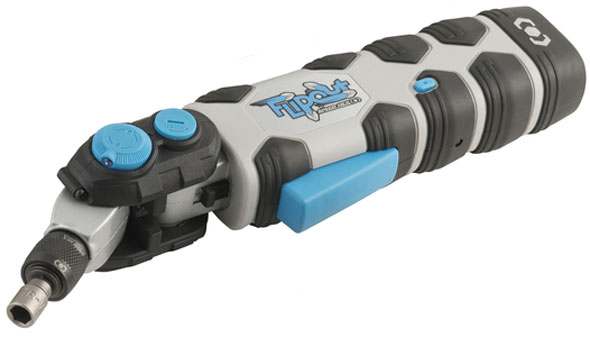 Do you remember the FlipOut multi-pivoting screwdriver that we posted about when the inventor was running a Kickstarter campaign to raise funding? Rewards were priced at $140 and the retail price was expected to be $200.

Well, things have changed, and the SpeedHex FlipOut just hit the market for a cool $50. Once the holidays roll around, it might drop in price even further.

It looks like the FlipOut power screwdriver is a Lowes exclusive. The FlipOut driver is currently available at Lowes online and is listed as in-stock at stores. 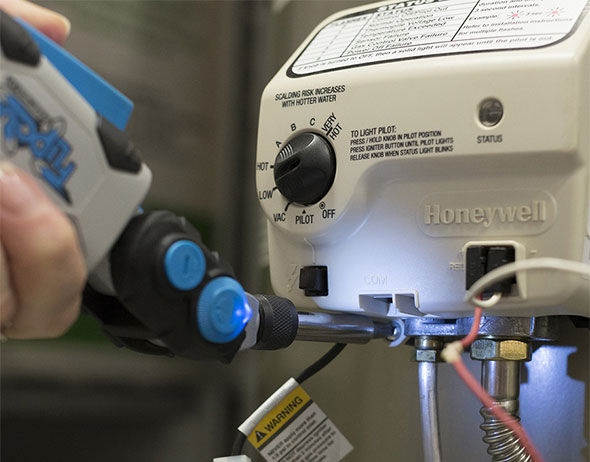 The SpeedHex FlipOut cordless driver is powered by a built-in 8V Max Li-ion battery. Like the prototype, it features a compound multi-jointed pivoting head to help it reach fasteners in tight and hard-to-reach spaces.

Plus, the head also rotates a full 360°, so you can use the tool at any angle. 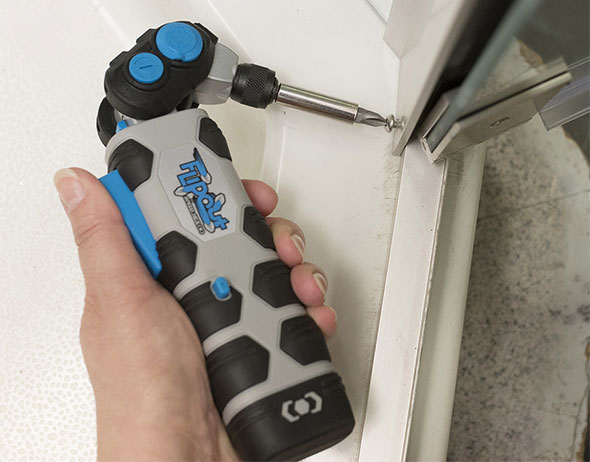 The FlipOut driver has a large trigger switch that looks easy to access from the front or back of the tool. Not that there looks to really be a “front” or a “back,” as the pivoting head can be angled both ways.

Torque specs are modest – 50 to 65 in-lbs, which is reasonable for a household cordless screwdriver. The speed is said to be 170 RPM “minimum.”

There’s also a built-in LED light that pivots with the head.

The battery is charged via a wall-pluggable AC charger, and a full charge takes just 45 minutes.

There are two versions – one with a 19-piece bit set, and another that also includes a 20-piece bonus bit set. 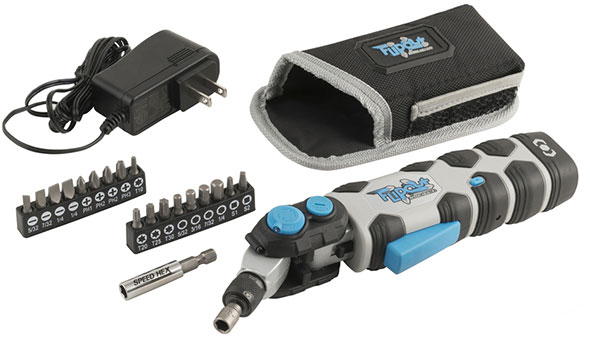 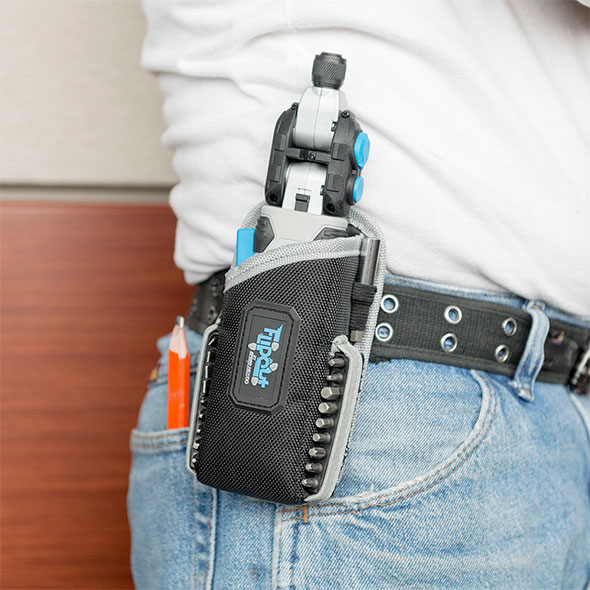 It also comes with a convenient 1680-denier ballistic nylon case that you can toss into a toolbox, or onto your belt. 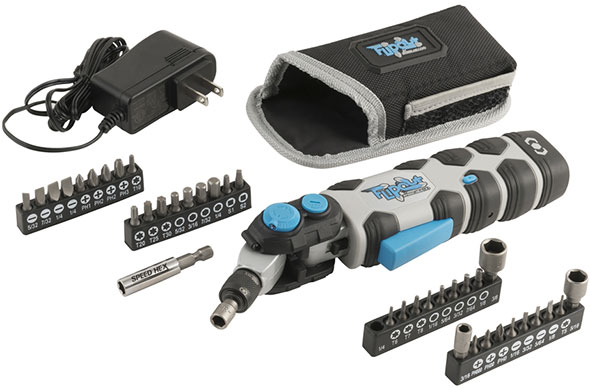 It looks like the bonus bit mainly offers a lot of precision screwdriver bit styles, which are handy for electronics work and other areas where you might run into mini screws.

In the past, Lowes released two versions of flagship Kobalt holiday tools – one version that was sold in stores, and another that was sold online and bundled with a free bonus of some kind. It looks like they’re doing the same with the FlipOut driver sets.

Right now, both sets are priced at $50. I would expect for the price to drop a little as the holiday season inches closer.

When the FlipOut design was on Kickstarter and they were seeking funding, I really couldn’t see it being a “game-changer,” at least not with a $130 fundraising price and $200 expected retail price. With an initial retail price of $50 and the potential to go on sale for the holidays, the FlipOut is definitely going to get more attention.

Here’s an infomercial-style demo video that shows how the FlipOut screwdriver works: