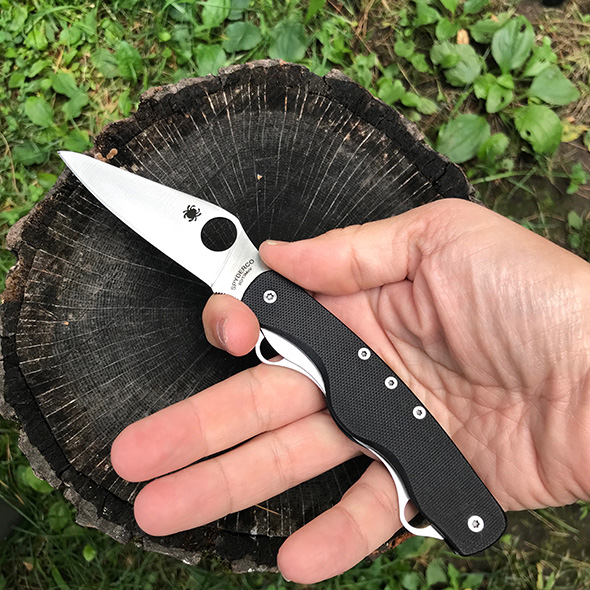 A few years ago, Spyderco got back into the multitool market after almost a decade of absence. Their original multi-tool, now highly sought after by collectors and avoided by users, the SpydeRench, was strange even for Spyderco.

The new generation of Spyderco multi-tools started out with a trio of very small slipjoint knives, each with an additional implement. One tool had a bit driver, one a pair of scissors, and the final tool had a serrated blade. They were quite good, especially for the money, but they lacked the polish and clean look and feel of a Swiss Army Knife. 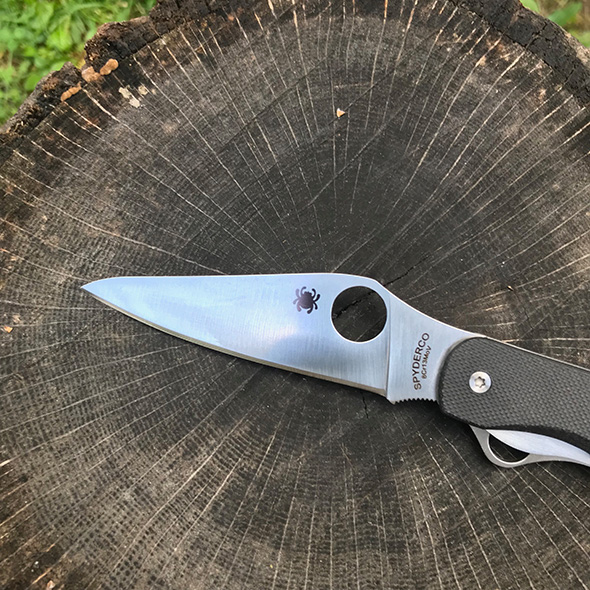 The Clipitool Standard is a knife-based multi-tool that uses two layers to pack in three different implements – a medium to large knife, a large flat head driver with a cap lifter and wire stripper, and a small bit driver with a can opener. The knife blade has a classic Spyderco shape, reminiscent of a Delica or Endura.

The blade is locked in place with a liner lock. The entire tool has an excellent, spoon-style Spyderco pocket clip. Each of the three implements has a Spyderhole that allows for one-handed deployment. The handle is black G10. The steel on the 3.5 inch knife blade is 8CR13MoV. This is a Chinese-made Spyderco. The street price for the Clipitool Standard is $51.95.

The overall design of the tool is quite interesting. The humps for the opening holes on the two implements plus a palm swell in the G10 handle create a series of finger scallops for your hand. 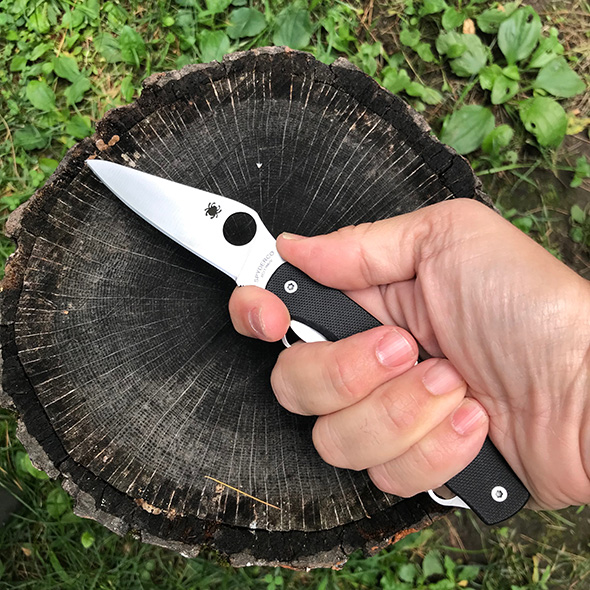 It is a clever touch, and while finger scallops aren’t good for your hands when using a knife (here is a video from a hand surgeon explaining why), they are relatively mild and do not compel any particular grip. The tool is not terribly tall, but it is thicker than the average Spyderco. Thanks to good placement of the clip it will not roll in the pocket like the Leatherman Skeletool has a tendency to do.

The fit and finish on the knife is highly variable. The knife blade has a truly great detent, allowing for the blade to be quickly popped open. It is also expertly ground. The bit drivers of both sizes work well and the can opener is effective. 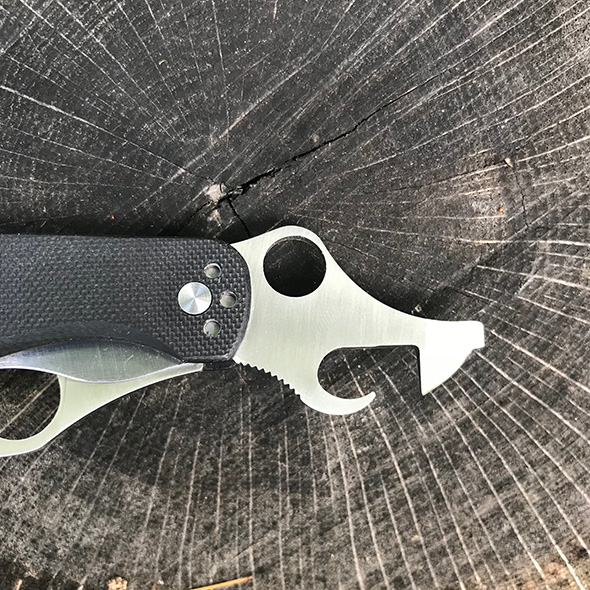 The cap lifter is also executed well and is a one pull design (meaning it removed a bottle cap with a single try in one motion). 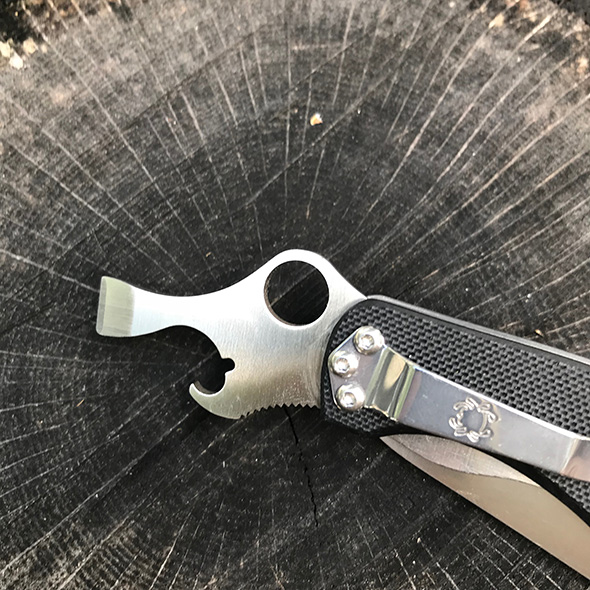 The handle scales however, exhibit some stray machining or chatter from the routing tool used to shape the handle. It doesn’t impact performance, but it is rather noticeable. I would also prefer more clearance on the liner lock. 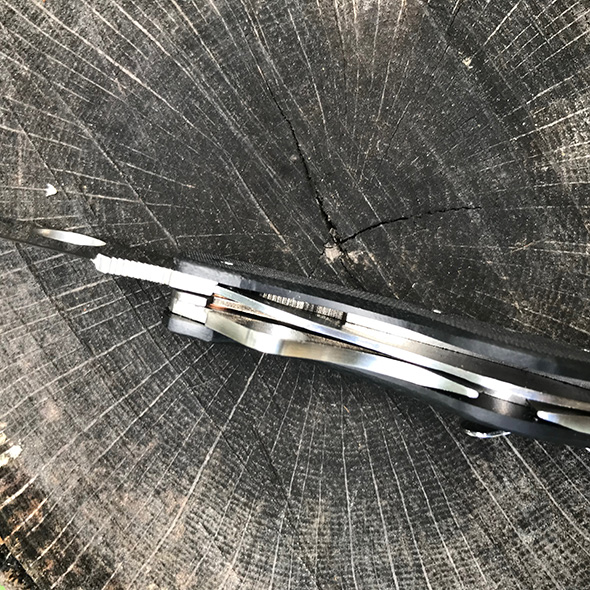 There is not much room to move the liner lock out of the way of the blade tang when unlocking the knife, and as a result disengaging the lock is not as easy as it should be.

Overall, this is a very interesting addition to Spyderco’s line up and the multi-tool market place.  The knife is heads and shoulders above any other multi-tool knife, and if that is your primary tool, then the ClipiTool Standard should be at the top of your list.

If you need a more diverse array of tools, the ClipiTool Standard is a bit limited. If weight and size are an issue, I’d still opt for the Leatherman Skeletool over the ClipiTool Standard. I would LOVE to see Spyderco take the knife portion of this tool and make it its own design (kind of like what Leatherman did with the Skeletool KB knife). It is a very, very good knife.

The ClipiTool Standard is a good value, an excellent knife, and a unique addition to the multi-tool market. Unless you need a knife 90% of the time, pliers-based designs like the Skeletool are still better, but not by all that much.