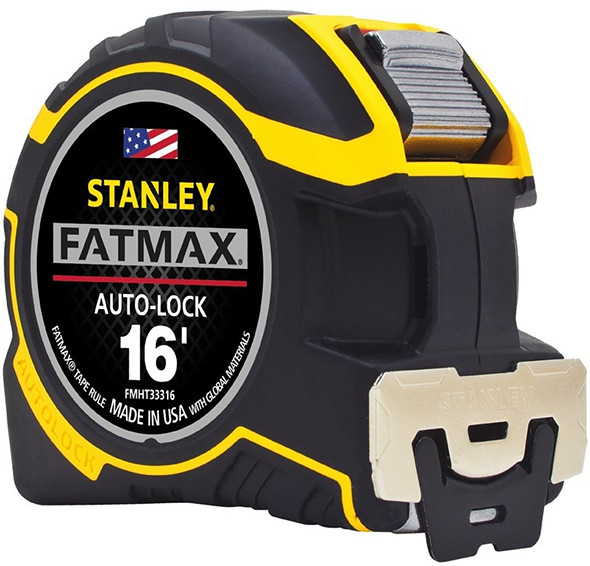 I am pissed off right now. Well, not right now, but yesterday. I finally made my way back to Lowes, and went to look for a 16′ version of the Stanley Auto-Lock tape measure.

This tape is available elsewhere for $20, but the big deal was that I didn’t even know it existed, or I had known and forgotten.

There were 3 on display, and the online inventory checkers says there were more in stock at that Lowes store.

I picked up the first one, and saw that the lock worked in the same way as the 25′ Auto-Lock. Well, of course it did!

But something seems to have gone wrong with the 16′ design or construction.

I found 2 issues that plagued all 3 tapes. 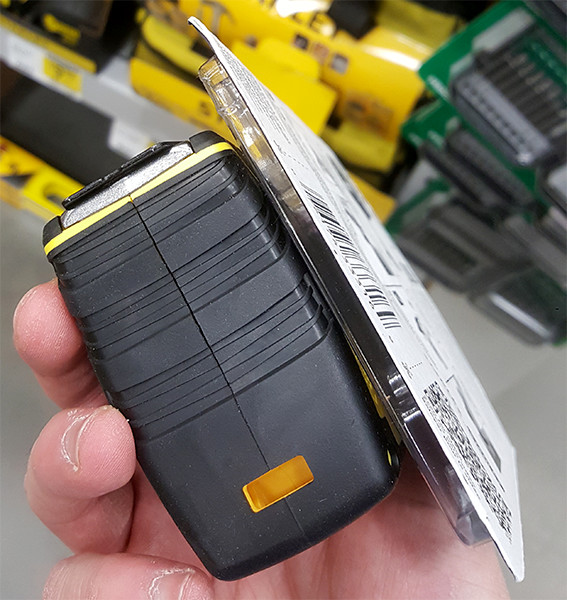 Shy Hook: I couldn’t grab the darned hooks! It’s just a little too shallow, and there’s a little too much vertical movement. So every time I tried to grab the hooks of 2 of the 3 tapes, it moved up and in a little, flush with the bottom of the tape body.

Stubborn Tapes: With 2 of the tapes, one of the tapes that had an ungrabbable hook, and the other tape from shelf, there was way too internal resistance when extending the tape. I couldn’t tell what the problem was, but there seemed to be resistance in the retraction system, just beyond the lock mechanism.

These tapes have a switchable lock system, where you can use it as an automatically locking tape that releases with a button press, or as traditional slide switch tape.

Trying the different locking modes didn’t really make things better. The hooks were a little more grabbable in one mode, and the tape resistance perhaps a little better in the other.

But after trying all 3 tapes, none of them were to my liking.

Stanley FatMax Auto-Lock tapes come with a removable super-sized hook, and it would have made the hook more grabbable, but you don’t want that giant hook on your tape all the time. It’s a lot wider than it appears in online product images.

I was disappointed by this, as I had really been looking to buying and using a 16-foot version of what has become one of my favorite 25-foot tapes.

I have a Stanley FatMax 25-foot tape with a defective lock, and I didn’t realize it since it was in the non-testable position of a 2-pack I bought last year.

If you’re interested in buying this tape, or at least as interested as I was, you’ll probably want to try it out in person, rather than ordering online. Or stick to the 25-foot version.

If you plan on stopped at Lowes anytime during the holiday season, could you please give this tape a few tugs with the switch set to both modes? That’ll help determine if this is an isolated or widespread issue.