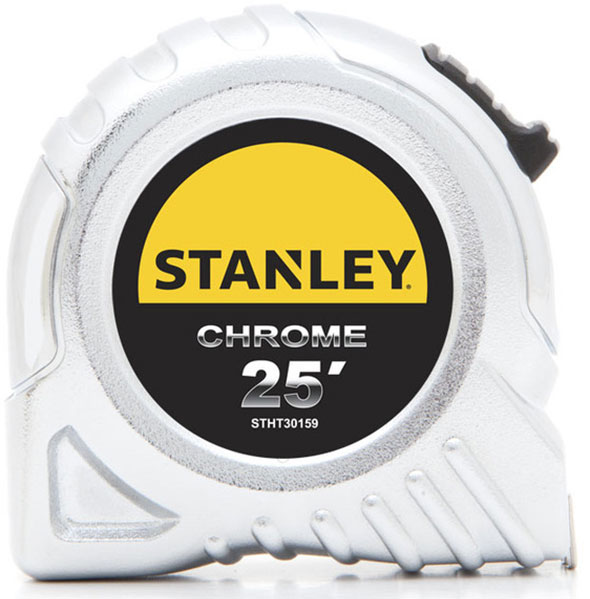 Over at Lowes, a new $5 Stanley tape measure popped up for the holidays. It’s not quite a PowerLock, but is instead just advertised as being a chrome tape.

If you’re instead interested in a better tape, check out Home Depot’s 25′ and 16′ PowerLock $10 deal. There are a couple of other recommended tape measure deals in our tool deals section as well. 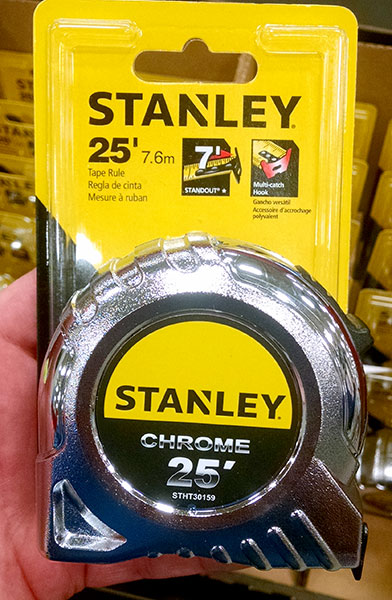 I came across the new tape and of course had to play around with it. I was actually a bit surprised, as the $5 tape measure deals in the past typically featured Lufkin tapes.

The new Stanley tape measure has a flashy shiny appearance that mostly looked and felt cheap. But hey, it’s a $5 tape – don’t expect a premium finish. 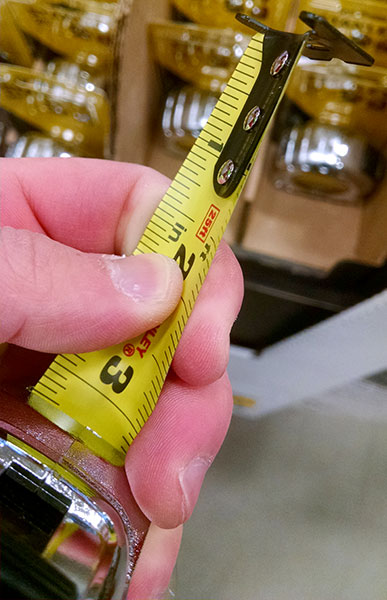 The tape itself felt thin and flimsy. Definitely not what I’m used to with Stanley tapes. I am reminded that this is a $5 tape that both Stanley and Lowes want to make a profit on. I don’t think this is a loss leader as the PowerLock tapes on sale at HD might be.

But hey, if you’re looking for an expendable tape measure, this is it. If you can find a Lufkin tape measure on sale at Lowes, HD, Sears, or another home improvement retailer, snag one of those instead. Apples-to-apples, I think that Lufkin’s  makes a better $5 tape. Still, truth be told, you do get what you pay for here – a no-frills 25′ tape measure with approximately 7′ of standout (as claimed by the product packaging).

I Bought an Anvil Tape Measure Keychain for $1