ToolGuyd > Hand Tools > Reader Question: Straight-Tip Hex Drivers?
If you buy something through our links, ToolGuyd might earn an affiliate commission.

Chris wrote in, asking for help in finding a good set of straight-tip hex keys.

Ball-end hex keys are quite popular, and seem to be reached for much more often than straight-end hex keys. They often provide the best of both worlds – a ball hex end on the longer side for greater reach and accessibility, and a straight hex tip on the short size, for greater torque delivery.

But I can see why straight hex wrenches might be desirable. I was recently loosening some fasteners with a ball-end hex wrench. I didn’t have a long-reach socket, and neither the short end of my hex keys or a ratchet with extension, bit holder, and short bit would fit.

So I used my Bondhus ball-end T-handle wrench and hoped that I didn’t shear the ball end off on the more stubborn fasteners. If this was an important application, I would have paused and bought or ordered a better tool.

Back to Chris’s question:

Regular reader here and big fan! Pretty big “tool connoisseur” and own various high quality hand tools and am always reading and looking out for my next purchase. It’s pretty rare when I cannot find anything that will suite my needs hence this question.

I am on the search for a good quality set of hex drivers. I would like all of the sizes possible in the set (both SAE/ metric) but here is my issue. ALL of the sets I find on amazon, kc tool, harvey epstein, ebay, etc are all BALL end hex drivers. I want a set that is high quality that is NON BALL END.

My question is, does such a set of NON ball end hex drivers exist? And if so, where do I find/ buy them?

YES, non-ball end hex tools do exist! But due to the popularity of ball-end styles, you generally do have to hunt for them.

I discussed a couple of straight hex key options in my “These 16 Hex Key and Driver Options are Anything But Ordinary” post, but as the title suggests, most of the tools are not exactly standard.

I did a little digging. I know that there are straight end hex keys out there, and they are hard to find unless you know exactly where you look.

PB Swiss makes straight hex keys, and they’re probably the best in the business. I seriously love my PB Swiss hex keys (ball end). They cost a pretty penny upfront, but you’ll never think of that again after you pay your credit card bill and move on.

It took a lot of digging to find their inch sizes, which don’t seem to be available in rainbow finish. The ball end ones are.

Retailers like Amazon might tend to show you the more results for your search queries. As such, searching for straight hex drivers will likely requite a trip to your preferred brand’s website or product catalog. 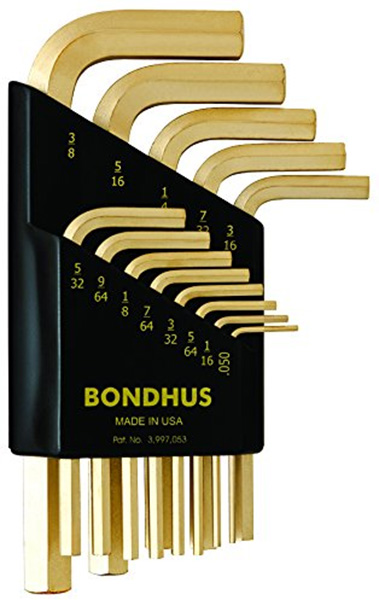 On the more affordable end of the spectrum, Bondhus also has a strong selection of straight end hex keys. 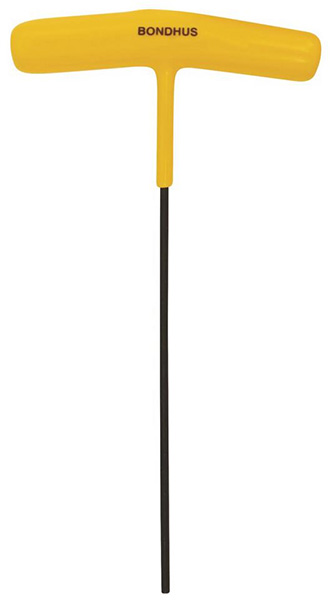 Hopefully this is a good start, but I can also do a little more digging if need be.

As for where to find them, Amazon might have some SKUs, but you might have to look at industrial suppliers such as McMaster Carr, MSC, or Zoro. PB Swiss distributors Count-On Tools and ToolLady can help with that brand, although they might need to make a special order to get them.

Any Recommendations for Inexpensive Calipers?