ToolGuyd > Lights > Work Lights > Striker Light Mine Professional, a Magnetic LED mini-Work Light
If you buy something through our links, ToolGuyd might earn an affiliate commission. 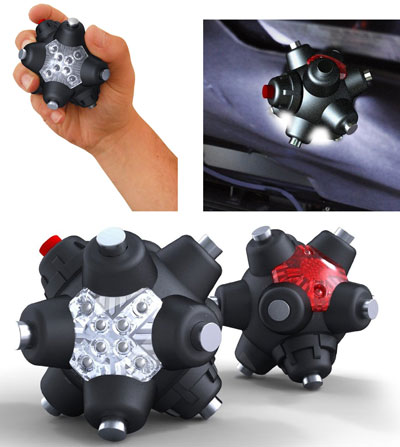 Striker describes the Pro light mine as about the size of a baseball, and claims it to be 8 times brighter and with 4 times the runtime compared to their original golf ball-sized version. The Light Mine Pro is powered by 3 AAA batteries.

We learned about the Stiker Pro LED Mine via ToolSnob, who also put up a rather amusing maketing video by “product tester” Terri, who says things like the engineers at Striker must have been messing with steroids because look at what they have come up with now.