ToolGuyd > DIY & Home > My Suncast Garden Hose Reel Sprung a Leak
If you buy something through our links, ToolGuyd might earn an affiliate commission. 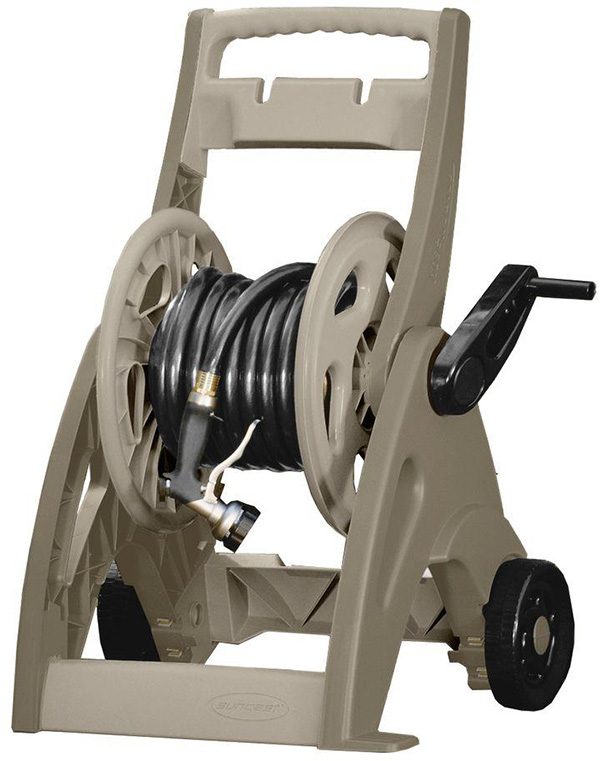 It was about 2 years ago when I bought a Suncase garden hose reel, for around $25 to $30 at Home Depot. They sell the same reel at Lowe’s and other home centers as well, and for around the same price.

It was leaking a bit last year, but I wasn’t too concerned. 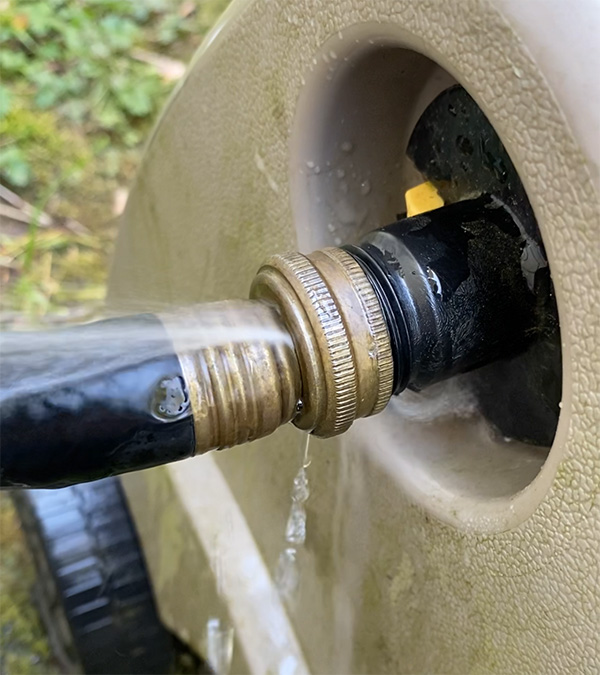 This was AFTER I replaced the washer, which was made out of hard plastic.

As bad as it sounds, this is what it looked like after I used non-marring pliers to gently turn it more than I could muster by hand. I did this because as soon as the water turned on, the thread visually loosened by at least a quarter turn. So, I figured hand-tight wasn’t tight enough and I used pliers to tighten it just a little more.

A new washer wasn’t enough to fix this, I need a new feeder hose. Probably going to adapt a short @officialflexzilla with male end cut off and replaced with female adapter. #tools #hose #gardening #diy

I was aware of the many negative reviews when I bought this hose reel, but there were plenty of positive ones as well.

Reviews on plastic hose reels are more or less similar, with a number of positive user experiences, and then those who experienced leaky feeder hoses, leaky connections, broken spindles, or other broken parts in the mostly plastic construction.

I could replace the feeder hose, which seems to be what’s at fault here. But how long until another leak appears, or something breaks after I replace the 50′ hose with a longer 75′ hose?

Yep, “you get what you pay for” probably applies here.

A lot of you offered recommendations for Eley, and so I’m going to give them a try. Their hose reels are quite pricey, but I like that they’re made here and the components are all lead-free. The only question now is whether I want the shorter free-standing model, or their portable model.

Now that I think about it, most of my watering and cleaning tasks have involved my going over to the hose or spigot and filling up a bucket or water can from there. The other day, I loaded my 6 planter buckets onto a cart and hauled it to the hose. Why? Because the darned thing has always been a pain to use for quick watering or cleaning tasks. Why am I only realizing this now?

I could try to get Suncast to replace the failed parts under warranty, but it’ll still be a hassle to use. I’m not just looking for a more durable product, but a better product experience.

I figure that a portable garden hose reel is more traditional, but I do like the simplicity, lower stance, and lower price of floor-sitting/standing models. I can pick up a 20″ to 24″ stone for the ground-sitting model to rest on (it has 4 feet), but the portable one can be more easily moved if or when needed. Hmm, decisions, decisions.

Tell us About Your Garden Plans for 2020