ToolGuyd > DealGuyd > Surefire 6P LED Flashlight Deal
Happy New Year!
If you buy something through our links, ToolGuyd might earn an affiliate commission. 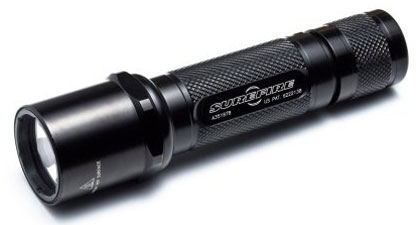 Over at Amazon, the discontinued Surefire 6P LED flashlight is selling for about $68, compared to its normal price of about $90. The 6P is an aluminum-bodied CR123A-powered 80-lumen tactical flashlight (updated 6Ps output 120-lumens), and has been replaced in the Surefire lineup by the 6PX models.

Sure, there are plenty of flashlights that outperform the 6P, including its 6PX successor, but it’ll handle most DIY or LEO lighting tasks admirably.