ToolGuyd > Hand Tools > Layout & Measuring > Swanson Savage No Slip Straight Edges
If you buy something through our links, ToolGuyd might earn an affiliate commission. 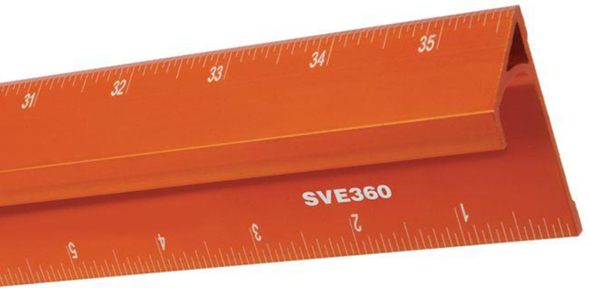 Stuart posted about Savage Pro hand tools from Swanson way back in 2011, including a short blurb about their straight edges. I recently bought a Swanson Savage straight edge for myself, and though it deserved a closer second look.

The straight edge is made from a single piece of aluminum extrusion. It has a no-slip bottom and “thumb saver” protective edge.

The anodized aluminum straightedge has laser etched markings in increments of 1/16″, both on the reference edge and on the back side. 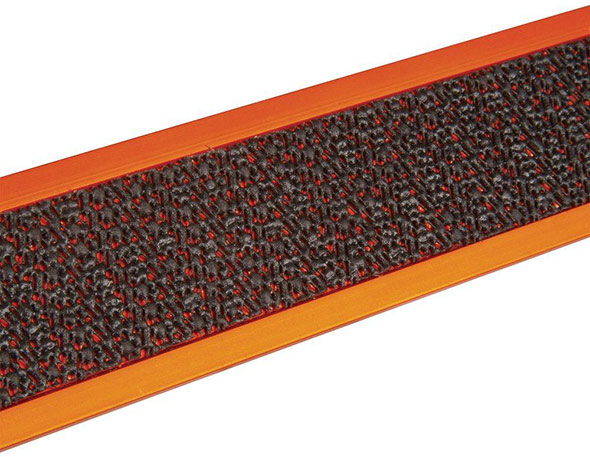 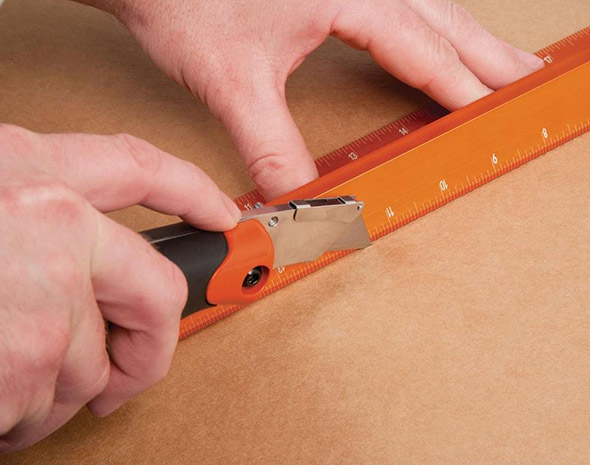 The “thumb saver” feature is just a function of the extrusion profile. The high, rolled-over edge keeps your thumbs and fingers away from the blade while still allowing you to put pressure on the backside to keep it in place. 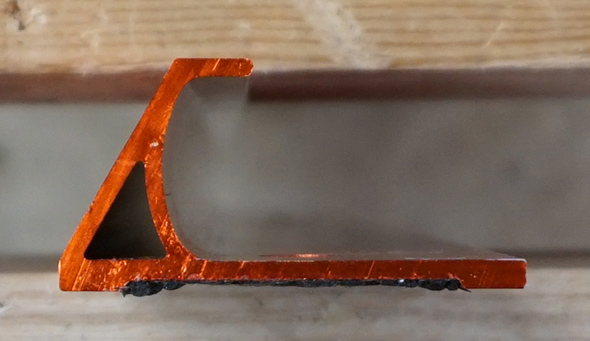 The Savage straight edge is available in 5 different lengths:

The best pricing I found for these straight edges was at Amazon and online at Home Depot. Both stores have the same prices, except for some odd reason Amazon is charging $18 for the 24″ long straight edge.

After discovering that some of my long rulers weren’t as straight as they once were, I decided I needed some better straight edges. While browsing the rulers in Menards I came across these Masterforce straightedges.

Menards had them in 36″and 48″ sizes for a little more than I was willing to pay: $18 and $25 respectively. So when I got home I did a little searching online and found the Swanson Savage straight edges.

It looked to me like the extrusion was identical and that either the Masterforce was a rebranded Swanson or both were made by the same third party OEM.

So I picked up a 24″ Swanson rule from Amazon and it cost me $13. I have no idea why Amazon is now charging inflated prices for this 24″ straight edge. Checking the price history, I saw that price has been all over the place.

I’ve only had the straight edge a short time, but I’ve already used it with a rotary cutter to cut fabric, an X-Acto knife to cut foam, and with a pencil to mark straight lines. It performed all three tasks pretty much as you would expect, plus kept my fingers out of harms way.