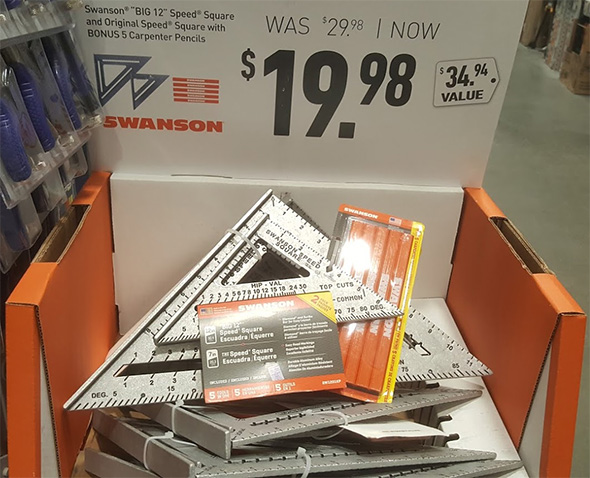 I came across a Swanson Speed Square and bonus carpenter’s pencils bonus set, which comes with a 7″ square, 12″ square, and 5-pack of pencils.

While I have used Swanson’s plastic speed squares before, I don’t think I’ve used their aluminum ones. And in recent years, I’ve been using Empire Level and Woodpeckers squares.

One of the biggest complaints about new Empire Level layout squares is that their edges are near-perfect right angles, making them somewhat sharp.

I recently saw new Empire Level plastic squares, and I picked one up for my son. But before I give it to him, I’ll have to file down those edges.

When you have a tool with perfectly sharp right angle edges and corners, they won’t stay that way for long. When used in a construction environment, those edges should round out with use and time. 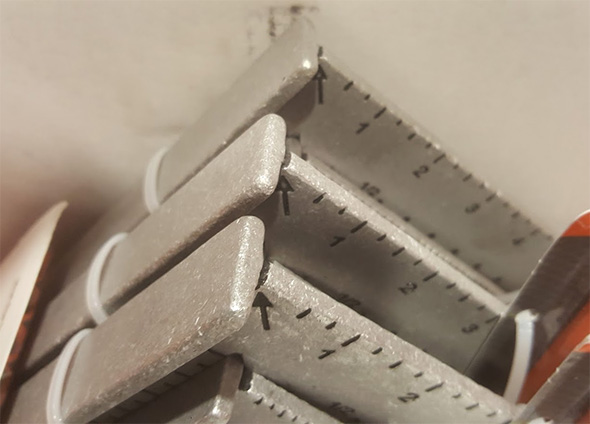 I don’t remember the last time I looked closely at a Swanson speed square, and so I was surprised at the tumbled and rounded appearance of their edges.

The tools have an old-timey worn-over-time look and feel to them.

I honestly can’t tell you if this was a first-time realization, or I re-noticed something I already knew but forgot about over time. I also can’t tell you what I think about the tools. In theory, a sharp and perfect edge is automatically “better” and more accurate.

But for most construction tasks, the rounded edges shouldn’t affect the straightness of the spine of the tool. Right? Is there any other potential downside to the finish treatment that’s given to these Swanson tools?

What would you prefer – a clean and sharp-edged square, or one that’s a little broken in before it even touches your hands?

Scientific Calculators for Workshop Use?