ToolGuyd > New Tools > Tanos (Festool) Systainer3 Tool Box Cart Now in Stock
If you buy something through our links, ToolGuyd might earn an affiliate commission. 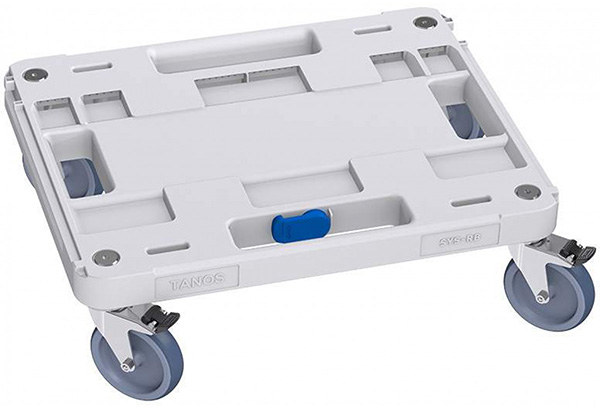 Over at Tool Nut, it looks like they have the new Festool Systainer cart in stock, in Tanos color scheme.

Not only is the updated Systainer3 cart in stock, it’s priced at $90, which is 10% ($9) lower than the price of the older-style Systainer cart.

Shown above is the new style, part of the Tanos and Festool’s Systainer3 tool box and accessory system. 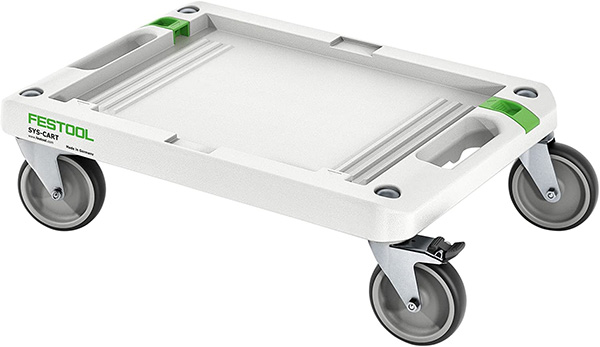 The new Festool and Tanos Systainer3 cart is only compatible with T-Loc Systainers, but it also has additional handles, strap-routing slots, and it’s wider. According to product images I saw a few months back, the new cart’s added width and locking recesses make it capable of supporting larger midi-sized Systainers.

Also, the new Systainer cart’s platform is flatter, allowing it to be used as a general purpose dolly.

I have a long discussion about why I was looking this up, but will save that for a later post. Yes, $90 is still pricey, but sometimes you need a ready-to-go solution. I own a couple of Bosch L-Boxx carts/dollys, and those were pricey too (currently $80 via Amazon), but they have also proved to be indispensable over the past 7 years.

With something like this, you cry once. If you only have T-Loc Systainers and can accommodate the wider size of these new carts, you’ll cry a little less hard with the current pricing.

I was previously told that it’ll be a while before we see new Festool Systainer3 carts or empty tool boxes here in the USA, and so you’ll have to make due with the Tanos-blue T-Loc locking tab.