ToolGuyd > Power Tools > Cordless > The HOTTEST New Tool from Milwaukee NPS17
If you buy something through our links, ToolGuyd might earn an affiliate commission. 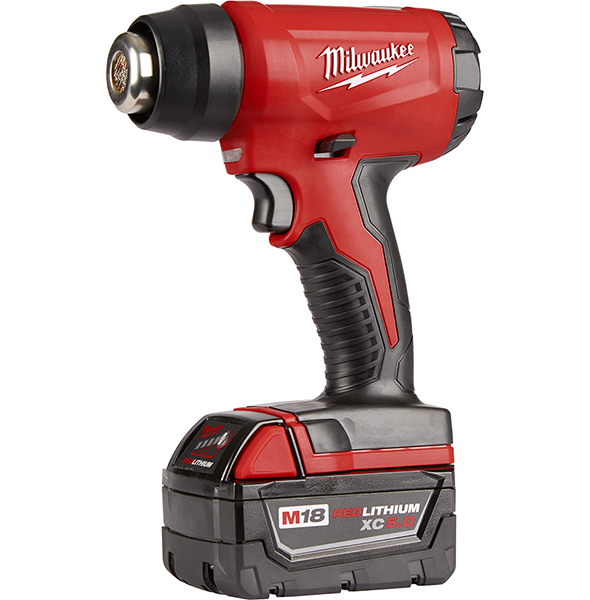 This is the new Milwaukee M18 cordless heat gun, and it is the hottest new tool announced at this year’s new tool media event. Literally!

It came as a surprise to everyone, but follows years of heavy user requests. I quite frankly didn’t think it could be done, and am eager to see what this first-of-its-kind cordless tool can do.

The new M18 cordless heat gun can reach an operating temperature of 1000°F, and Milwaukee says it can reach that temperature in half the time as a corded solution.

We have more to say about the new cordless heat gun at a later time; this was more of a teaser to have some fun with the title. =)

Update: Until our preview post goes up, here’s a quick look at the Milwaukee M12 cordless soldering iron too, from Dirck Van Lieu, @ack_workbench (via Instagram):

Here’s a link to our Instagram feed as well.

New Milwaukee PACKOUT VACUUM – Here’s Everything You Need to Know

The New Milwaukee Packout Vacuum is Made in the USA!