ToolGuyd > Power Tools > Saws > This is What Festool Says About Their SawStop Acquisition
If you buy something through our links, ToolGuyd might earn an affiliate commission. 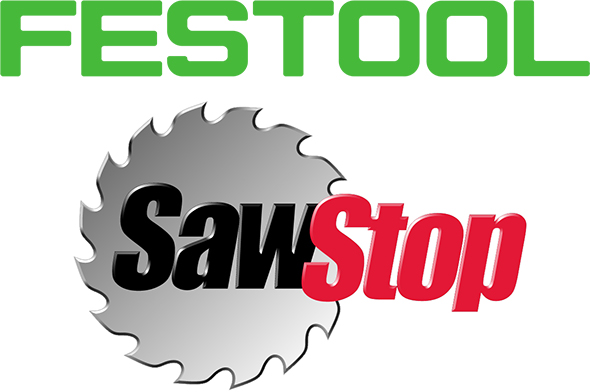 Yesterday we talked a little about SawStop being acquired by Festool’s parent company. Since then, we saw a new press release by Festool USA, announcing the acquisition from their side of things.

There’s one part that stands out to me most: The newly acquired technology, which TTS will continue to develop together with the SawStop team, supports these priorities and prepares TTS to face stricter safety requirements that are likely to be imposed on power tools.

TTS Tooltechnic Systems signed Purchase Agreement to acquire US enterprise SawStop, LLC, thus expanding the TTS range of products to table saws and enhancing the company’s expertise to further safeguard operator safety. SawStop, LLC is a US manufacturer of high-quality saws headquartered in Tualatin, Oregon near Portland, USA that offers unmatched safety technology. Active Injury Mitigation (AIM) is a pioneering technology that prevents saw operators from suffering serious cuts and wounds by stopping the blade within only a few milliseconds if the saw blade comes in contact with the operator’s skin.

For TTS and the company’s subsidiaries, it has always been a top priority to deliver precision results with maximum operator protection. The newly acquired technology, which TTS will continue to develop together with the SawStop team, supports these priorities and prepares TTS to face stricter safety requirements that are likely to be imposed on power tools.

The acquisition is expected to be completed in July 2017. SawStop will be integrated into the TTS group as a separate legal entity and both the name and brand will be preserved. The company’s current management team will continue to operate SawStop. The parties have agreed to refrain from disclosing the purchase price.

As we discussed last month, the US CPSC has proposed rulemaking on table saws and active injury-avoidance technology.

There have only been 17 public comments to date, some in support of the rulemaking, others against it. From what I can see, there is a strong likelihood of the rulemaking passing. There are strong arguments against the proposed rulemaking, but perhaps not enough to sway the Commission.

SawStop has a head start in the flesh-detection and active injury-mitigating table saw business, being the pioneer in that field. From what I can see based on my limited but growing experience with their jobsite saw, they know how to make good table saws.

Bosch has some experience with active injury-mitigation tech now as well, with their Reaxx saw.

With only 2 players on the field, competing brands are at a disadvantage if the CPSC does go through with the proposed rulemaking in short time.

Well, 2 players in theory, Bosch’s Reaxx was essentially kicked out of the USA market.

I’m sure that all of the major table brands are working on their own flesh-detection and active injury-mitigating designs, in preparation of several SawStop patents expiring in a few years. Or maybe a solution is ready in case they need to quickly put something to market.

That might be one nasty law fight – if the CSPC requires new table saws to have active injury-mitigation technology, but SawStop (now Festool or TTS with SawStop) seek to bar competing products from entry into the USA on patent infringement grounds as happened with the Bosch Reaxx.

I have a feeling that, if Festool/TTS’s SawStop’s acquisitions also include their patents, that there’s high potential for favorable licensing agreements – at least before the SawStop patents start to expire.

It’s hard to say – there’s nothing to go by, and this is something no brand representative could be expected to comment on.

In short, I can see why Festool wanted to acquire SawStop. It’s a good play. Sawstop had just under 40 million USD in sales revenue in 2016, and TTS earned EUR 580 million (~655 million USD).

Many power tool brands have the buying power to acquire SawStop, but given the history between SawStop and all the big players, it’s no surprise (in hindsight) that a deal like this was only made with an “outsider” like Festool.

What will this acquisition mean?

From Festool’s press release, it’s clear that SawStop will continue down their path, and it seems that Festool will seek to add active injury-mitigation tech to related products – perhaps new products.

What do you think will come from this acquisition?

Me? I’d love to see SawStop broaden the breadth of products. But I think it’s a greater chance that this opportunity will accelerate their development and improvement efforts.

Please consider chiming in on yesterday’s post, to avoid having 2 parallel discussions about the same thing. This post was combined with that one; I revived this post to avoid 404 errors since links already went out on social media.