ToolGuyd > Power Tools > Cordless > Reader Question: Tool Brand Similarities and Tool Differences?
If you buy something through our links, ToolGuyd might earn an affiliate commission. 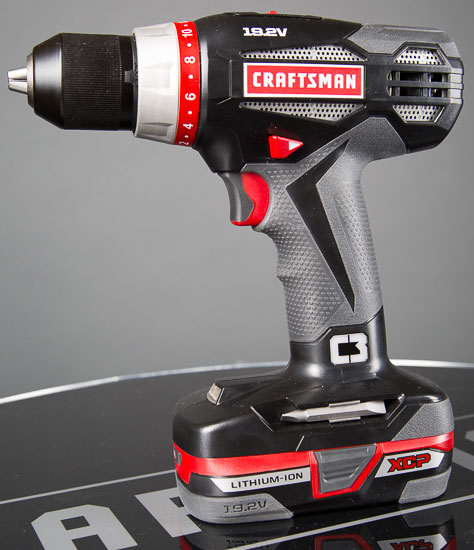 Brandon asked a great question regarding something he first noticed about his Craftsman C3 cordless power tools.

The question boils down to this: is there a difference between tools when one company makes two different brands of tools?

Background: I live in a small town (8500-ish + college kids) and our local SEARS closed.

I had a C3 cordless trimmer I needed a replacement auto-feeder for… it turned out to be a trip down an unexpected rabbit hole.

When I googled the replacement part number found in the manual, 3110382AG, it led me to spools made by Ryobi, even on Sears’ site.

A light-googling let me to ToolGuyd (and the TTI site). You are now bookmarked as a favorite, because it’s been a pretty awesome discovery for me.

You seem like a reason resource to tackle the problem that led me here.

What’s the true mechanical difference between two items owned by the same company (like Hoover and Dirt Devil)?

Is it analog to car companies with a luxury-line? Like Toyota’s Lexus relationship? In which I’m assuming a lot of inventory sharing, but their own engineers? Sometimes sharing a factory, but not always?

… come to think of it, I’m not even positive that’s how those work. I’ve got a handful of logical assumptions, but I’ve never confirmed them and am not sure how to even start, especially in the power tools arena.

And ultimately it all boils down to a single point: Am I getting $ value for a premium-priced product when many of the parts could be associated with a less-reliable product?

First off, thanks for your kind words about ToolGuyd – it’s much appreciated! And I’m glad you find our content to be useful!

As for Craftsman replacement parts leading to Ryobi components, TTI, which owns Ryobi’s power tool operations in North America and most other regions outside of Japan, manufactures some tools for Craftsman, most notably some of their higher performing C3 cordless power tools.

Craftsman has some other manufacturing partners as well, such as Chervon, which makes Kobalt’s cordless power tools, and Stanley Black & Decker, which makes the 20V Max Bolt-On modular power tool lineup.

I don’t think I have ever seen duplicate products in Craftsman and Ryobi cordless lineups, but there are similarities at times.

To the best of my knowledge, manufacturers customize the design and build of power tools according to the specs and requirements of the brands they produce tools for.

One of the few examples of similarities is between Craftsman’s Bolt-On lineup and Black & Decker’s Matrix tools.

Different brands, even those under the same corporate umbrella, might spec similar-looking tools differently. Take Dewalt and Porter Cable, for example. Dewalt’s trim router has variable speed motor, Porter Cable’s has a single speed motor for $10 less. There have been a few cases of Dewalt and Stanley FatMax tools being different only in color and branding, but that’s not really the case anymore. When it is true, regional brand preferences are the reason, such as with a FatMax tool in Europe being Dewalt branded in the USA.

Kerhaw and Zero Tolerance knife brands are owned by the same company, with there being a substantial difference in features and quality.

Bosch and Skil are both under the same corporate umbrella, but aside for some premium Skil tools, such as their worm drive saws (note: that giveaway has ended) and their new worm drive table saw, there are few resemblances.

So now to the second question – is it worth buying a premium brand tool?

Maybe Black & Decker and Dewalt drills share similar gear shafts. I don’t know, I’m guessing, because how difference can motor shafts be? But the motors, chucks, and probably everything else from trigger switch to the battery cells are going to be different.

There are times when differences are blurred, such as with very specific Dewalt and Porter Cable tools. But, much of the time, there are tangible differences between different brands’ product tiers.

A few years ago, there were identical Ridgid and Ryobi air compressors. The Ridgid ones sold quickly, and then the Ryobi ones were bundled with nailers and promoted during a holiday shopping season.

But times like that, when you have identical products in premium and less premium brands’ product lines, are extremely rare.

This changes on a case by case basis, but as a general rule, private label brands have products designed and built to their unique specifications.

Keter is another notable example. They make products for Husky, Craftsman, and Ridgid, at the least, and sometimes offer the same tool organizers and cases under their own branding.

Thinking more about Craftsman, there are times when Sears will sell certain Craftsman tools for less. I bought a Knipex-made 2-piece pliers set a few years ago for less than the price of one Knipex pliers.

Irwin and their NWS-made pliers are another example. The Irwin pliers have differently designed handles, and there are also a few exclusive pliers styles. The Irwin pliers can be found for less than the NWS ones, presumably because they can negotiate lower price and higher volume deals with retailers.

I suppose the car analogy is a good on. Even when a chassis, engine, or major components are shared between two models, one more premium or higher tiered than the other, there are usually substantial enough differences. Whether those differences are important to you is the big thing. With cars, it might me more luxury or lower pricing. Wth tools, it might be greater longevity, or durable construction, more power, or a difference performance qualifier.