ToolGuyd > Hand Tools > Screwdrivers > Wera 12pc Precision Screwdriver Set – Should You Buy One?
Happy New Year!
If you buy something through our links, ToolGuyd might earn an affiliate commission. 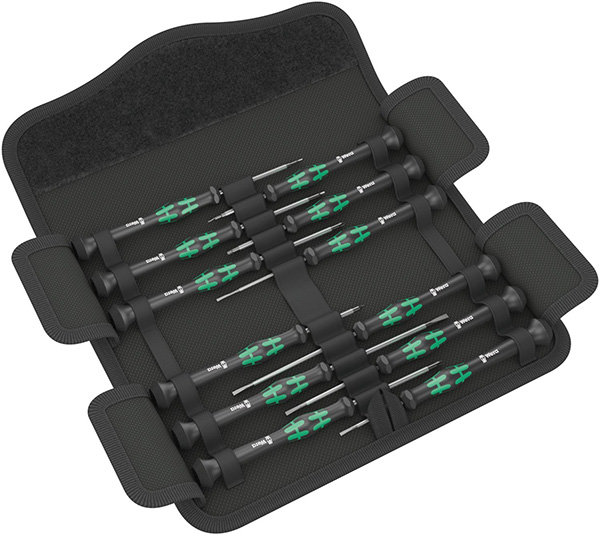 Over at Amazon, they still have a couple of decent deals on Wera screwdriver sets. Wera tools are awesome, and discounts are always nice.

This Wera 12pc screwdriver set isn’t quite at its lowest price ever, but you save a few bucks. In other words, buy them if you need them, but they’re not anywhere near “buy them and then figure out how to use them” pricing.

I believe I spotted this set for less last week. I didn’t have time to discuss the prospects of the set, but I felt compelled to discuss it now. Plus, we’ll be prepared the next time the deal comes around.

You get a selection of Phillips, slotted, Torx, and hex screwdrivers, and a convenient canvas pouch to store them in.

Not all the sizes will come in handy. For example, I have yet to use 0.9mm, at least that I can remember. Have I ever used a T5 screwdriver? I’ve used T6-T10 and up, but I’m not quite sure about T5. I’m pretty sure I’ve used all of the other sizes though.

I’d say the set is a good value if you could anticipate using maybe 8 or 9 of the driver sizes. Maybe the others might come in handy for unanticipated needs – this has certainly happened to me before. For example, my 0.050″ hex driver (not from this set but a Wiha hex set) didn’t earn its place in my kit until I needed it.

Now to answer the title question – this Wera 12pc precision screwdriver set is on sale. Should you buy one? YES, if you think you need most of the screwdriver sizes and styles in this set. If you’re not sure if they’ll be handy for you, then you should probably pass on the deal. A smaller set will serve most users’ needs just fine, and if you need another size in the future… I guess you’ll figure something out.

If you’re on the fence, maybe a look at the user reviews will help. Right now there are 84% 5-star ratings and 11% 4-star ratings.

Price: $35 as of the time of this posting 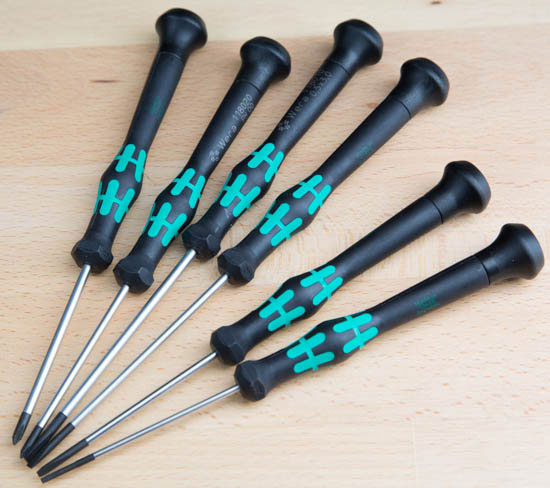 Shown here is my Wera 6pc screwdriver set. It’s not as good a value, but if it’s all you need it’s probably the better choice.

Wera also came out with a 25pc precision screwdriver assortment, although it’s priced a little high unless you’re specifically looking for a set that size. I do wish this 12pc set had similar color-coding (they might, I don’t know if the set has been updated), but the current style of markings is still pretty clear.

One thing I find curious is that the soft case is described as a belt pouch. Yes, it has a large belt loop, but it’s much too large for belt carry. You *could*, but the case measures 9-1/4″ x 4″ and the loop only allows for horizontal carry. That could be awkward.

The belt loop is also Velcro-backed and comes with a self-adhesive mounting strip, which allows for flexible mounting, such as to a tool cart.

$35 is a good price. As mentioned above, I believe this set was less expensive last week. It’ll probably be more expensive next week.