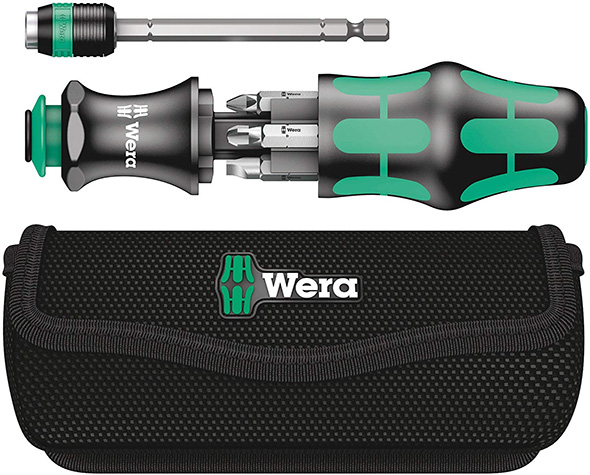 Over at Amazon, some of our favorite Wera screwdrivers are on sale, presumably for a limited time.

Kenneth brought these deals to our attention (thank you!), and although the pricing isn’t quite as good as last year’s Black Friday deals, they’re lower than what I paid for them a couple of years ago.

First up is the Wera “Kraftform Kompakt 25″ multi-bit screwdriver set. It comes with a removable and extendable locking bit holder that you can pop into a cordless drill or screwdriver, and 6 1/4” hex insert bits.

The screwdriver handle is a little chunky, but comfortable to use, and the built-in bit storage is a nice feature. It pops open with a press of a button at the rear of the handle.

You also get a handy little belt pouch. 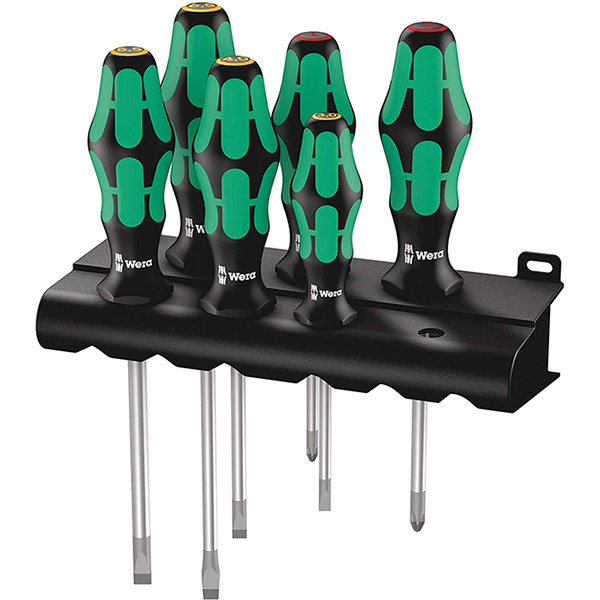 Wera’s Lasertip Kraftform Plus screwdrivers are the bee’s knees. They’re comfortable and have great fastener engagement. If you’re looking for an upgraded screwdriver set to replace some cheap hardware store drivers, this is the set to get.

Most people love the handle styling, but not everyone is a fan.

I’d like to see the pricing dip a little lower on these deals, but there’s a chance that we won’t. If you recall, some added tariffs have been slapped onto German hand tool imports. I don’t recall where these are made, but they could be affected by this.

What I’m trying to say is that these are very good deals, but I’m trying to use cautious language, as these might not be the best deals we’ll see on these tools before the end of the year. There haven’t been consistent enough patterns to allow for high-confidence predictions. Still, I figured it’s best to tell you about the deals and leave it to your judgement.

There are some more Wera tools included in this little-advertised “Big Savings on Amazon” Wera promo.

There’s no mention as to when the promo pricing will end.