ToolGuyd > DealGuyd > Why Buy a Wera Tools 2017 Advent Calendar?
If you buy something through our links, ToolGuyd might earn an affiliate commission. 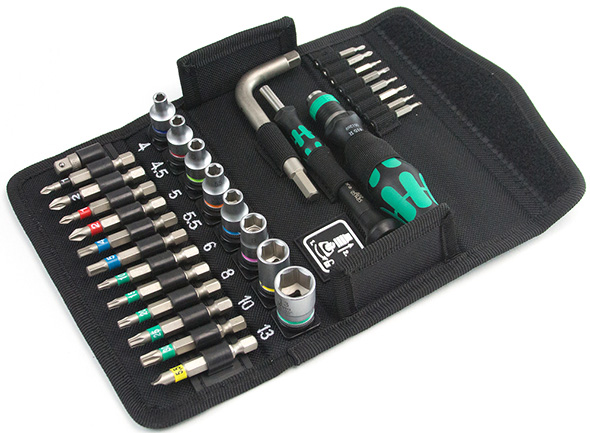 Our friends at KC Tool informed me that they’re running out of Wera Tools 2017 advent calendars, and fast. They’re down one because they sent me a set to check out.

This is my 3rd Wera Tools advent calendar, and each year’s set is different. I bought one in 2013 and another in 2016. Here are a couple of reasons why you might want to consider buying this year’s set.

This year’s kit focuses on portability and versatility, giving you a nice selection of tools in a compact case.

The kit comes with 2 screwdriver handles – a mini/precision screwdriver bit holder, and one that accepts standard 1/4″ hex bits. The standard-sized bit holder is said to have a Rapidator quick-release bit chuck, which are awesome.

You also get a selection of sockets, and a non-ratcheting L-driver to use them with. It’s got a 1/4″ square drive on one side, and what looks to be a hex driver bit on the long arm. There’s also socket adapter in the kit, allowing you to use the sockets with the screwdriver handle.

Here’s everything it comes with: 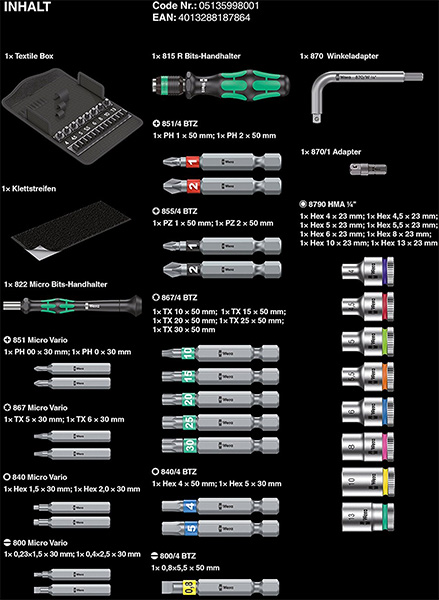 If you have never bought or used Wera tools before, this set will give you a good and varied taste without costing a ton of money.

The Price is Right

While not quite apples to apples, you should take a look at some of their other sets to get a feel for the value.

This set doesn’t come with a ratcheting tool. I do wish there was a spot on the case for a BYO ratchet – Wera or otherwise – but you might be able to swap out the screwdriver handle for a 1/4″ drive Wera Zyklop flex-head ratchet.

Last year, KC Tool had sold out of the 2016 Wera tools advent calendar by the time I learned about it. I ended up ordering one from Amazon Germany as part of a larger Wera tools and European hand tools order.

Amazon DE has this year’s calendar for a little less at the moment, although it’s also currently backordered. The tool set ships in a large box. I have only ever ordered from Amazon DE with expedited shipping, so I can’t tell you what to expect from their standard international shipping.

Personally, I’d spend the few dollars more to get one from KC Tool while they still have the sets in stock. And if/when they sell out, that’s when I’d turn to Amazon DE.

Why Shouldn’t You Buy it?

The set comes with metric sockets. If you don’t have much of a need for metric sockets, then this probably isn’t the best set for you. You can swap in SAE sockets for around $23 (for a 6pc set plus extra 11/32″ socket), but there’s not much you can do about the metric labels.

If you already have a lot of Wera tools, there might be some overlap, but that might not be a big detractor since this is a self-contained portable tool kit.