ToolGuyd > Hand Tools > Mechanics' Tools > New Wera Zyklop Metal Ratchets
If you buy something through our links, ToolGuyd might earn an affiliate commission. 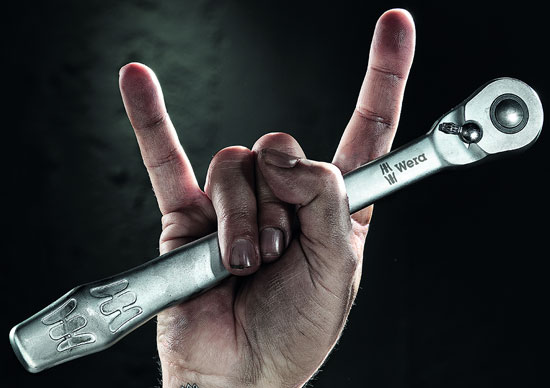 Wera has come out with two new Zyklop Metal ratchet that features slim head and handle designs that make the ratchets well suited for tight quarters.

The two Zyklop ratchets will differ slightly from each other – one is a traditional reversible ratchet, the other has a push-through anvil that is of a similar style as the heavy duty Wera Koloss ratchet.

Both ratchets’ compact heads, fine-tooth ratcheting mechanisms, and slender handles should make them well suited for use in tight quarters. 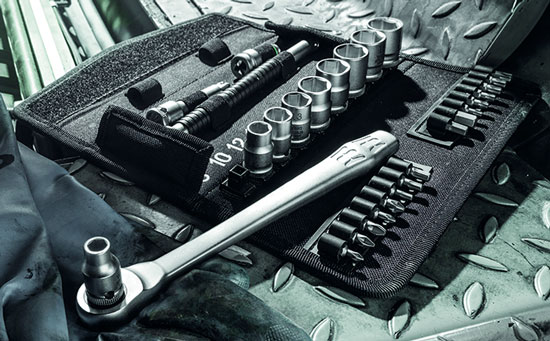 The new socket assortments will be packaged in what Wera describes as lightweight and compact textile boxes.

If you ask me, the reversible-switch Zyklop Metal ratchet looks mighty appealing. Hopefully it will be reasonably priced.

I have had great experiences with my Wera Zyklop ratchets, but there are times when they’re too small for higher-leverage applications. The Zyklop Metal ratchets will definitely fill a hole in Wera’s ratchet lineup.