ToolGuyd > Flashlights & Worklights > What is a Lumen, What is Lux, and More LED Flashlight Technical Mumbo Jumbo
If you buy something through our links, ToolGuyd might earn an affiliate commission. 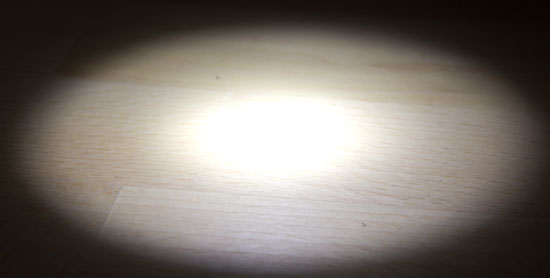 When reading about LED flashlights and worklights, you might hear or read the following:

It has a lot of lumens.

Oh the humanity, so many lumens!

I LUV the lumens!

OMG, so many lumens!

So what is a lumen?

The lumen (lm) is an international standardized measurement unit that tells you how much total light is emitted by an LED or other kind of light source. In more technical terms, it is a measure of luminous flux.

(The steradian is defined as: a unit of measure equal to the solid angle subtended at the center of a sphere by an area on the surface of the sphere that is equal to the radius squared. Source)

Sometimes you might see lumens out the front (OTF), which means a manufacturer has measured the lumens output out the front of their lighting product. This is in contrast to non-specified lumen ratings which might be based on emitter or bulb ratings.

The lumens rating of a flashlight will always be lower than the lumens rating of its bare emitter or light source, which is why some brands try to even the ground by explicitly saying their lumen ratings are based on OTF ratings. (This is analogous to how some cordless tools are marketed as 18V and others 20V Max*.)

You might also hear about lux (lx), which is a measure of luminous flux over a unit of area.

Lux tells you how light intensity is distributed, with measurements often taken at the center of the beam. You might sometimes hear lux related to a flashlight’s throw.

Lux can be very misleading, as it can lead users to draw false conclusions without taking additional information into account.

(By the way, lox is smoked salmon. Never tried it.)

Sometimes you might see foot-candles (fc) used instead of lux. A foot-candle is the measure of luminous flux (lumens) divided by one square foot.

The candela (cd) is a measure of luminous intensity. Traditionally, one candela was the light intensity emitted by a common candle. It now has a more standardized and specific definition:

The candela is the luminous intensity, in a given direction, of a source that emits monochromatic radiation of frequency 540 x 10^12 hertz and that has a radiant intensity in that direction of 1/683 watt per steradian. Source: NIST

Some LED flashlights and products will include candela measurements for the middle of the flashlight beam. This, along with lumens, can also help give you a sense of a lighting product’s throw.

As with lux, candela ratings, generally offered as peak intensity measurements, can help in comparing the spotlight and floodlight nature of lighting products with similar lumen ratings.

According to the LED Resource, a candela/lumen ratio of over 100 suggests a strongly focused light source, a ratio of between 20-100 is common for tactical flashlights [and other higher-intensity spotlights], and a ratio of less than 10 is better for worklights [and other close-up lighting needs].

I originally sought only to discuss lumens, but one thing led into another. If you have any questions, don’t hesitate to ask, and I will try my best to answer them. There are certain things I can’t do very well, such as describe steradian in easy to understand terms, and in those cases I will point to external references.