ToolGuyd > Editorial > What Tools do You Wish You Bought Sooner?
If you buy something through our links, ToolGuyd might earn an affiliate commission. 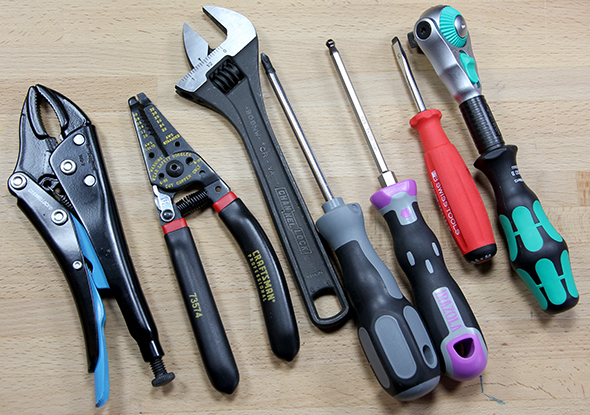 What tools do you wish you bought sooner?

Shown above is an older photo of some of my favorite hand tools. Here’s what they are:

The black phosphate Channellock adjustable wrench was one of my first “I should have bought this sooner!” hand tools. 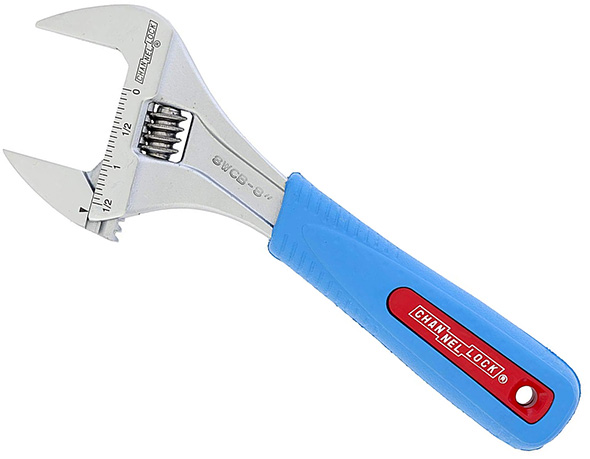 They also make wide-capacity cushion-grip adjustable wrenches, and if I could go back in time, this would have been my first Channellock adjustable. I bought the black phosphate-finished wrench first because of its lower price.

While I’m thinking back… Years ago, I bought a corded Bosch hammer drill. I bought it because needed a drill for use with drill bits, but also for use with 1/4″ shank-mounted polishing and cleaning wheels, and that drill operated at much higher RPMs than other corded drills. After that, our first apartment had masonry walls, and I made good use of the drill to mount shelves and other stuff. I have also used that drill on woodworking projects when my Bosch 18V cordless drill lacked enough power for larger holes in tougher materials.

I still have that drill, although I very rarely use it, and it’s one of the power tools I wish I bought a little earlier too.

While not exactly true to the post topic, I wish I had bought a Bosch 1590 jig saw back when it was available. Instead, I bought a 1587 on sale. It was lower priced than the Bosch 1590, and while it has a tool-free blade change mechanism, it is a very early and clunky design that can be slow to use. But then again, at the time I hadn’t regretted sacrificing some convenience for the much lower price.

I’m sure I can think of more examples, but the Channellock adjustable wrench was the first to come to mind, and the tool I feel most strongly about. I wish I had bought it sooner.

The Knipex Pliers Wrench might also be fitting, but it was a pricey upgrade, and one I couldn’t have rushed to buy despite wanting to. But the Channellock? I could have bought at least the black phosphate version with the money I spent on a set of 6″ and 10″ Crescent adjustable wrenches.

Had I bought my Channellock adjustables sooner, they would have saved me a lot of the earlier frustrations experienced with some lesser quality wrenches.

Which tools do you wish you bought sooner?

Does Husky Make the Best Tool Bags? We See Them EVERYWHERE