ToolGuyd > Power Tools > Cordless > Where Do You Buy Cordless Power Tools From?
If you buy something through our links, ToolGuyd might earn an affiliate commission. 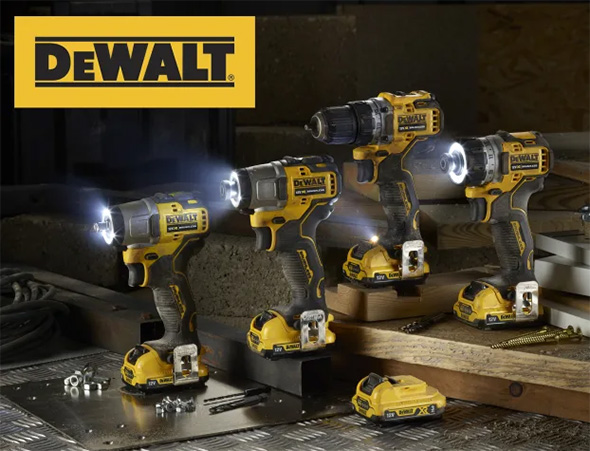 Where do you buy your cordless power tools from?

Has this changed over the past few years?

Which retailer(s) are you most likely to order from in the future?

Here are the retailers I’ve purchased cordless power tools from in the past year, year in a half:

But also keep in mind – I don’t buy a lot of cordless power tools anymore. My next power tool purchase will likely be another corded sander. For cordless, there’s nothing on my radar or shopping list right now.

Nearly all of my cordless purchases in the past year, year and a half were for testing or review purposes. One of the more notable exceptions was the Hitachi/Metabo HPT 18V triple hammer impact driver and bonus battery and charger starter kit bundle I bought last year, and that was because I chose to keep my review sample as a personal purchase and thus needed to balance things out. I gave away that Hitachi brushless triple hammer impact driver in the most recent batch of giveaways.

If I needed something *right now*, my go-to stores would likely be Acme Tools, Amazon, and Tool Nut, depending on pricing and availability.

Home Depot has good promos at times, and my last cordless purchase with them was because no other retailer had the Dewalt 20V Max Atomic reciprocating saw in stock yet.

Side Note: Every now and then I update our list of recommended stores and retailers.

It doesn’t surprise me that I tend to shop based on price. After all, why would I spend more for the same tool if I could source it for less? But the list of retailers I typically look at is somewhat limited. That’s partially because most retailers carry all of the same tools, at least as far as cordless power tools go, and also because pricing doesn’t vary very often aside from vendor-specific special promos.

Looking at a couple of years of cordless power tool purchases, I tend to make more impulse purchases at Home Depot and Lowe’s, or I shop there when there are launch or bundle exclusivity arrangements.

But generally, I’ve been spending more with independent companies.

For corded power equipment, I’ve ordered from Rockler and Acme Tools, with good experiences from both. I’d be more comfortable ordering larger items from there, than say a big box store. Yes, most retailers drop-ship large equipment, with orders shipping from warehouses, but you still need a good go-between for when things go wrong, and I feel that smaller or specialty tool retailers will serve that role better. When I had a mishap with my Laguna band saw delivery, Rockler was great in rearranging a replacement.

I remember my first Tool Nut order, which was actually through Amazon with Tool Nut as a 3rd party seller. There was a very minor issue (missing part, found at the bottom of a large box), but what stayed in my mind in the ~9 years since then was how they answered the phone on a Saturday and also knew what I was asking about and how to help me.

I had one other issue with a Tool Nut order since then, and they made it right.

Honestly, I have near zero faith that I could walk into a home center and receive good advice about which cordless power tools to buy. In contrast, I know that if I walked into say Tool Nut or Ohio Power Tool, or maybe if I gave them a call, someone there would be able to help me. Hmm, I wonder if or how we can test that. Maybe one day we’ll ask for a volunteer or two.

Back to the core question – where do you buy your cordless power tools from? Why?

I suppose another question to ask would be where you don’t buy cordless power tools from – stores that you avoid. Personally, I steer clear of ebay and other 3rd party marketplaces. Industrial suppliers also often have much-inflated pricing, and when they don’t, I question the “freshness” of their inventory, as I don’t want to buy a kit with a 3-year-old battery, or an older version of a bare tool (it’s rare, but tools are sometimes updated with new specs or features).

One of the Design Philosophies Behind Milwaukee M12 Cordless Power Tools