ToolGuyd > Power Tools > Cordless > Whoops! NO New Dewalt Portable Power Station!
If you buy something through our links, ToolGuyd might earn an affiliate commission. 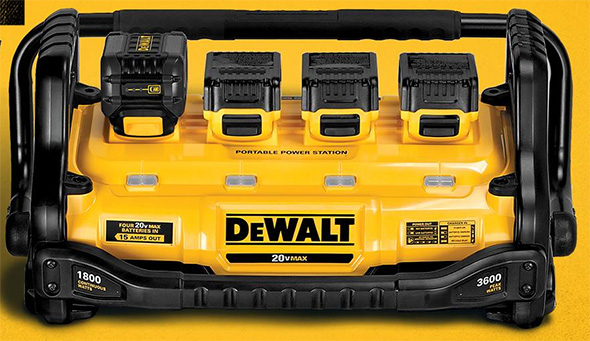 I’m feeling pretty gullible right now. I heard back from my Dewalt contact, and there is NO NEW Dewalt PORTABLE POWER STATION.

As soon as I’m done with this post, I have an apology and updates to make to the recent post where I shared a photo that appeared to be of an updated Portable Power Station.

So what the heck happened?

I hope you can appreciate how I could be so mistaken. A few people theorized that the DCB1800’s current “got to have it” low price might be due to a replacement being on the way. One person commented somewhere recently that there IS a new one, with an added top handle.

Then there were reports of a new portable power station being spotted at a recent tradeshow or two. I think that perhaps people were seeing the new 4-port charger and thought it was a power station. 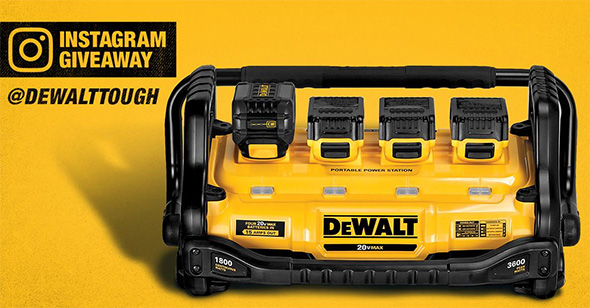 Fueled by possibility of a new portable power station, I found this image on Dewalt’s official Facebook page. I took it at face value. It looks like a slightly updated version of the DCB1800 Portable Power Station, right?

I was too excited to wait for an official response, and so I posted the image, thinking it was of a new model updated with a top/rear handle. 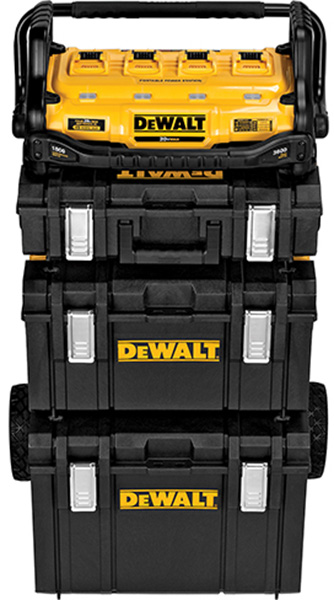 Well, it’s NOT. Here’s the “original” photo, or a similar one without battery packs.

Oh… it’s just the DCB1800 perched on top of a stack of Dewalt ToughSystem tool boxes and with the handle of the ToughSystem cart visible behind the Portable Power Station.

I feel a little embarrassed for being so wrong. But not about the mistake, but for allowing myself to see what I wanted to see.

I have to hand it to Dewalt’s graphics team. Despite the blunder of making the rear handle of the cart look like it was part of the Portable Power Station, they did an excellent job of separating the product from the ToughSystem tool box it was connected to in the original photo(s). There are areas that some brands’ or retailers’ graphics people would have left splotchy or otherwise bad-looking, and turned them a shadow.

The handle is a lie, and a very convincing one at that.

I do feel good about this, though. In the other post, I said:

I hate to say it, without first having a chance to look at the new model in person, but I think I would prefer the current/original DCB1800B. There are times when I place the power station on its side, and it looks like the new top/rear handle would prevent this.

Other than having to backtrack and apologize (sorry, everyone!), I’m happy that there is no new model, or at least no updated model with a top handle I don’t think I’d care for.

Being told that there’s no new Portable Power Station on the way also allows me to say this without any hesitation:

If the DCB1800B has been on your wishlist or shopping list, now is a FANTASTIC time to buy it at historically low pricing. GO GO GO.