The debate over bit holders and screwdriver bits vs. individual screwdriver sizes rages on. Personally, I use both, but there are times when screwdriver bits are just the wrong tool for the job, such as when accessing screws in recesses.

Especially with smaller sizes, such as Phillips #0 and #1, but even with #2, screwdriver bits with short tip lengths just can’t reach fasteners within recesses or counterbored holes. 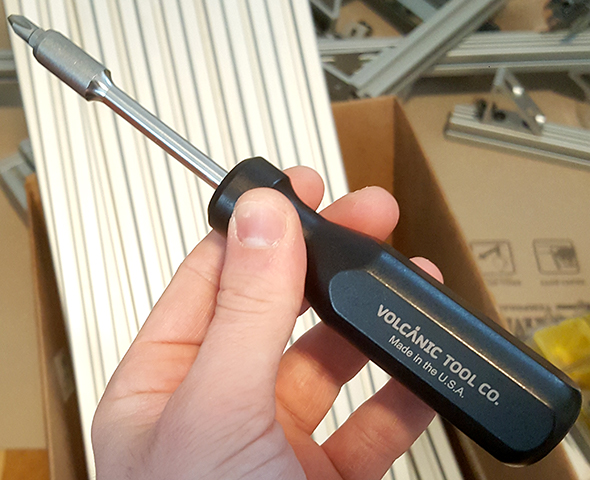 This is a bit holder – one of my favorites – with a Phillips #2 bit. Examine where the bit holder meets the tip – the end of the bit holder has a constant and much larger radius than the 1/4″ hex bit.

This is the tip of an individually-sized Phillips #2 screwdriver. Here you can see that the shaft diameter is barely larger than the bit diameter.

Which screwdriver configuration will have an easier time accessing fasteners within holes or recesses?

That’s where long or extended-length screwdriver bits come into play – they have narrow diameters that *should* be long enough to reach screws that would otherwise be inaccessible to shorter standard 1/4″ hex screwdriver bits.

This set is priced at just under $8 at Amazon, and they have similar Wiha sets with slotted or hex bit sizes. There are also sets from no-name straight-to-Amazon brands. Or, if you shop industrial suppliers such as McMaster Carr, you can get 3-1/2″ bits for maybe $1.60 each, sometimes more (the Phillips #0 is a lot more).

These and other bits like them might not be essential, but they could be problem-solvers. They solve the accessibility issue that bit holders, cordless drills, and power screwdrivers can run into. And, when the longer length bits aren’t needed, you can switch them out for standard 1″ or 2″ bits.

Other available styles include: