ToolGuyd > Hand Tools > Mechanics' Tools > Williams SuperCombo Wrench Review
If you buy something through our links, ToolGuyd might earn an affiliate commission. 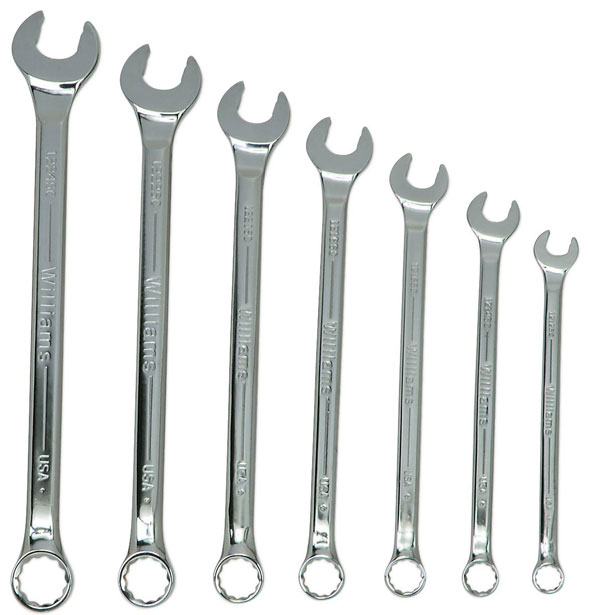 As recently discussed, Williams – a Snap-on Industrial Group brand – is one of 5 USA tool brands of affordable professional and industrial-quality wrenches, sockets, ratchets, and related tools and accessories. I have been meaning to pick up a nice set of fractional wrenches, and after much back-and-forth between the brands, I settled on a set of Williams SuperCombo wrenches. 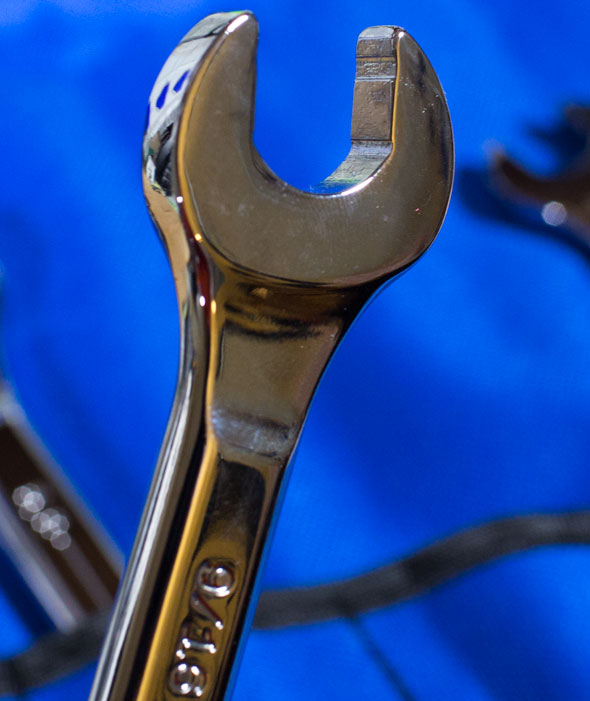 Williams SuperCombo wrenches’ open ends have special grooves on both sides that help to direct wrench forces away from fasteners’ corners. Rounding damage is greatly reduced, and grip is improved, allowing these wrenches to exert more torque than is possible with wrenches that have standard open ends that aren’t grooved. 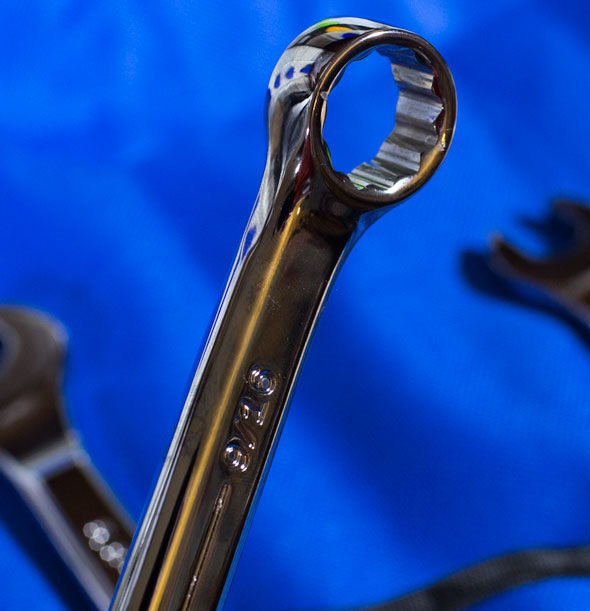 Similarly, the SuperTorque box end is specially designed to allow higher torque without rounding or damaging fastener corners. Wrenching forces are placed on fasteners’ flat surfaces, rather than at their corners. Williams SuperCombo wrenches also have beefed-up box ends that help to improve their strength further. 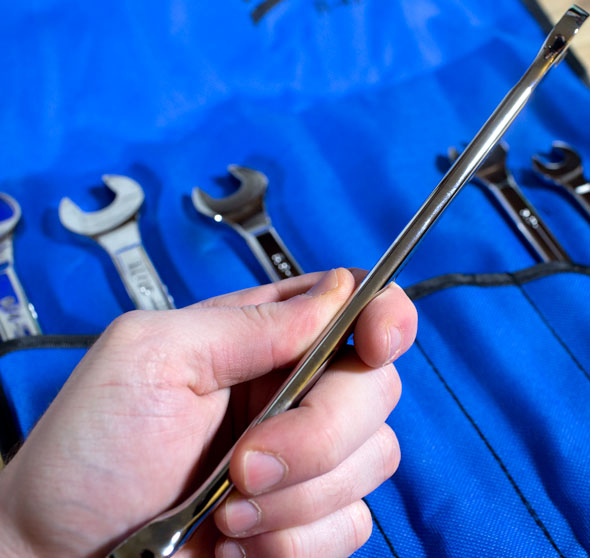 I only tested these wrenches very briefly. Within a few minutes of unwrapping the wrench set, I noticed that the 9/16″ had a couple of chips in the chrome plating around the box end. Small chips typically turn into big chips and flaking, so the set will soon be on its way back to Amazon. Some of the other wrenches had minor defects in their finish, but the chips were the only major issue for me.

I have been using a 11/32″ Williams SuperTorque wrench for a while longer, and will likely order a few loose SuperCombo sizes or a replacement set once my return is processed.

These wrenches get very thick very quick as you move up in size. Both the box ends and open ends work beautifully well, although I haven’t pushed either SuperCombo or SuperTorque opening styles to their limits.

I found that the size stampings were a little on the small side for the smaller wrenches, and while not well stamped into the larger sizes either, they were clear and easier to read.

Williams SuperCombo combination wrenches, as well as the SuperTorque wrenches that are too small or larger for the SuperCombo grooves in the open end, are very well made, notwithstanding the minor chrome plating defects.

The thickness of the wrenches will be a point of contention for some users. If you’re used to knife-edge wrenches, you might not like these. I like that these wrenches are as long as my Armstrong and Craftsman Professional wrenches, and longer than standard Proto ASD and Wright WrightGrip wrenches, but they are also considerably thicker.

The reason I purchased these wrenches is because they have premium features, such as robust box ends and grooved high-torque anti-rounding open ends. I bought the 11/32″ wrench to get a feeling for Williams quality and liked what I saw. The 7pc fractional set followed, and would be a keeper if not for the chrome defects.

I will most likely order a replacement set, possibly with black industrial finish, and another one or two individual sizes with chrome finish. These are fantastic wrenches, and they’re less expensive than I would have expected. If there are any questions I cannot answer about these wrenches right away, I should be able to answer them soon.