ToolGuyd > Hand Tools > Layout & Measuring > New Woodpeckers One Time Tool: Precision Carpenter’s Square
If you buy something through our links, ToolGuyd might earn an affiliate commission. 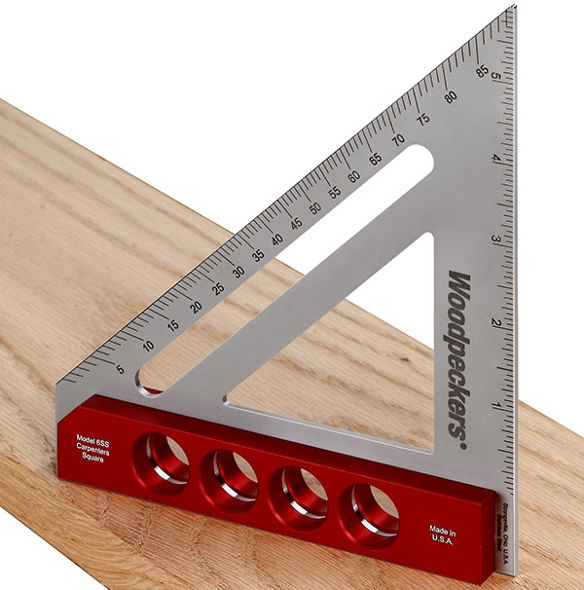 For their latest One-Time Tool, Woodpeckers is producing what they are calling a Precision Carpenters Square, out of stainless steel and aluminum.

This is actually the 2nd time Woodpeckers has introduced this tool as a One Time Tool. The first time, it was called a 6SS Carpenters Square.

When I think of a carpenters square, I think of the big L-shaped square used for laying out stair stringers or calculating roof pitch on dimensional lumber. Amazon search results agree with me. I think this tool is closer to what most people would call a “speed” square, or rafter square.

Naming conventions aside, this 6″ square is designed for the precise layout of angles. The stainless steel blade has 90° and 45° edges that are accurate to within 0.0085°. It has a 6″ long scale marked in 1/16″ increments on the opposite side, and angle markings in degrees on the hypotenuse. 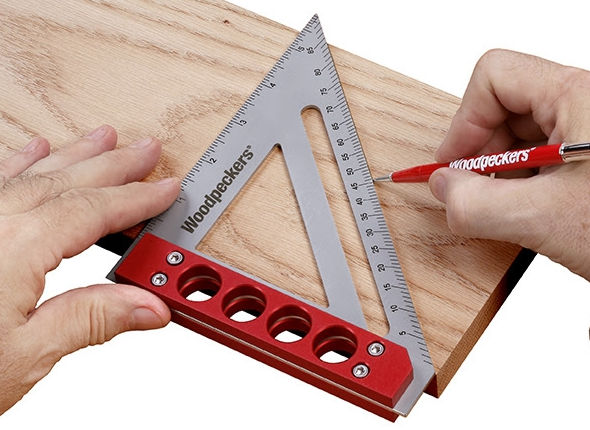 Woodpeckers is using some new equipment to make annealed marks. These marks are supposed to be as durable as engravings and yet clear to read. To make the markings easier to read, the blade is bead blasted to produce a low sheen finish.

The inch and degree scales are made using state-of-the-art equipment to produce annealed marks that deliver the durability of engraving with enhanced visual clarity. 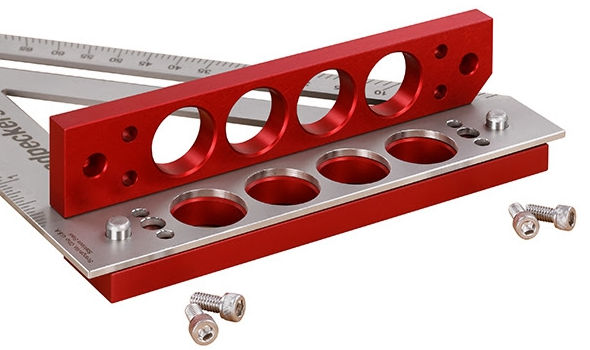 The aluminum handles are removable via four stainless steel screws. This lets you use the square for layout on a flat surface. When you need to use the square against the edge of a board again, the handle locks into the blade with precision milled steel pins, so it’ll always be square to the edge.

4 socket head cap screws secure the base halves together, with the square sandwiched in between. 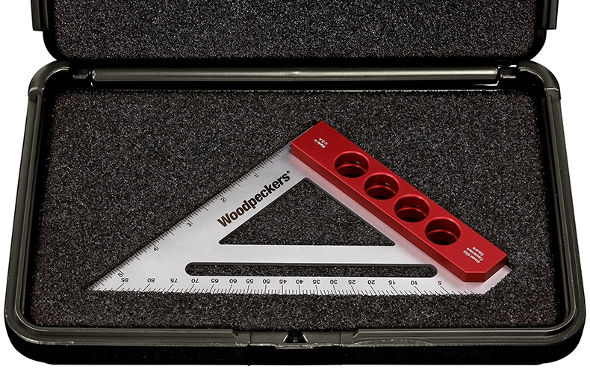 Like many of Woodpeckers precision tools, the Model 6SS Carpenters Square ships in a foam-lined case, and they sell the square with either metric or Imperial markings. Either way it’ll run you $99 plus shipping. You’ll want to order soon, because after 11/21/16 you won’t be able to buy this tool. Delivery is expected to be April 2017.

Carbide Processors also has the Woodpeckers Precision Carpenters Square for the same $99 price, plus if you purchase over $150 you get free shipping.

A 6″ rafter or “speed” square probably won’t cost you more than $10 to $15, but if you start looking at comparable tools like a Starrett square or a combination square, you’ll pay $60 to $80 or more. So this tool is more on par with other precision measuring and layout tools. 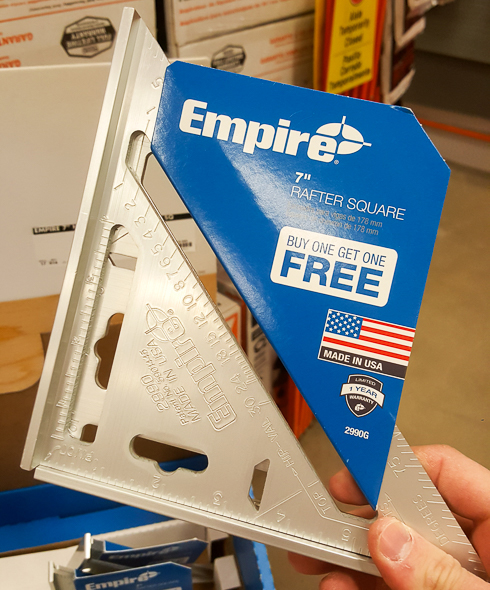 Stuart’s Note: As a reminder, there’s a 2-for-1 Empire rafter square pack at HD for the holiday season, and a new bundle pack where you can get a 7″ rafter square and 9″ level for $10. You don’t get the same features, readability, or bulletproofness of the Woodpeckers, but I wanted to show you something on the other end of the spectrum.