ToolGuyd > DealGuyd > Lightning Deal: Worx 3-in-1 TriVac Blower, Mulcher, Vacuum
If you buy something through our links, ToolGuyd might earn an affiliate commission. 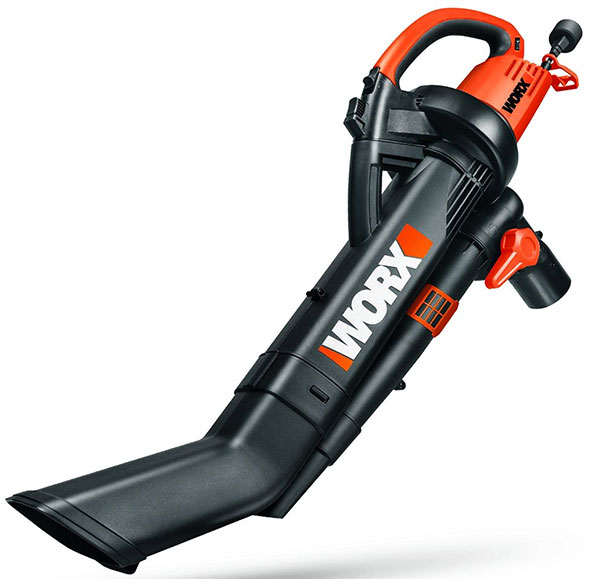 The new Worx WG509 TriVac is an updated version of their original TriVac 3-in-1 blower, mulcher, and vacuum.

The TriVac has received some great reviews over the years, and it looks like the new model offers a couple of minor improvements. The older models are still available, and for less than $95.

This model typically sells for $120, and so you save ~$25 with this Lightning Deal.

Compared to the older version, this vac has similar power (12A, 350 CPM), comparable blower speeds (75 to 210 mph), and a higher mulching ratio (18:1 vs. 10:1). Other than that, I can’t tell you how this model differs from the one that came out a couple of years ago. Conversion from mulcher/vac to and from blower is tool-free.

According to a press release I found, this model was released in September 2014.

In case there’s any confusion, I should point out that the vacuum, blower, and mulcher modes are all intended for lawn and garden use.

Looking for a less expensive model? Worx also makes a lower featured model that doesn’t look to convert as quickly or easily between operation modes, for less than $80 . There are a bunch of other models as well, but it’s not quite clear as to which are the current models and how they all differ from each other.