ToolGuyd > Editorial > A Crooked Shop so Shockingly Bad I Had to Share
If you buy something through our links, ToolGuyd might earn an affiliate commission. 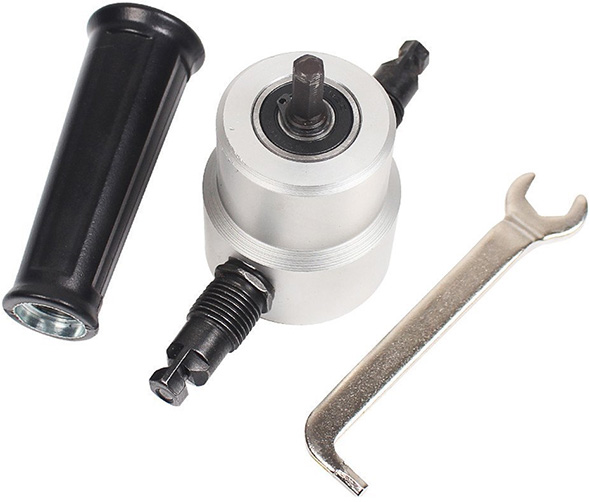 We’ll talk about the nibbler another time – maybe I’ll buy one for testing – but what I wanted to talk about today is a retailer so bad I couldn’t keep it to myself.

Someone with the most American name you can imagine wrote in with an IP address tracing to Singapore:

By way of introduction, ****** is an online retail store focusing on home and home-improvement related products, with a sizeable social media presence. You can check out our Facebook page at: ******

We have recently launched our own ****** Multipurpose Nibbler, and have received a number of positive comments so far. We would therefore love to work with you to explore new advertisement/review opportunities to further market the product. You can visit our webpage at: ******

We would appreciate if you could advise the advertisement avenues possible for us, and the corresponding fees involved.

Thank you and look forward to hear from you soon.

I redacted the retailer’s name because I don’t want to send anyone their way.

Everything about the email smelled funny, but for giggles I decided to take a quick look. I went to their website and was met with a popup for an email list subscribe, a countdown timer, and an inventory counter.

There are periodic popups at the bottom that tell you so-and-so from somewhere-USA just bought one.

I don’t like being lied to or misled. “We have recently launched our own…” Yea… no.

They’re using most if not all of the same photos that I’m seeing on Amazon.

The countdown resets itself. It starts at around 1 hour and 10 minutes, and then resets itself at some point. I can’t find a repeatable stop point. There’s been around an hour countdown since yesterday.

It starts by saying “Hurry! Only 12 left in stock.” And then it ticks down to there only being 5 left. Clear your cookies and it’ll start at 12 again.

This retailer, which a Whois search says launched their website in November 2016, has over 16,000 likes and over 16,000 followers on Facebook. But there’s no activity, and they have 0 likes in the past week.

The posted a Facebook product promo video earlier this week, and Facebook says it has 854K views, 10K likes, 1.2K comments, 6.7K shares. Looking at the first bunch of comments, it’s “people” just tagging each other.

I know that lots of people, brands, bloggers, reviewers, and retailers buy social media likes and followers, but I don’t think I can ever accept it. It’s a dirty practice.

The first sign of a scammy retailer or seller is that there’s no phone number or address on their website. If you’re selling something to the public, you should have a way for customers to contact you, other than “[email protected]”

They are also selling import-brand automatic wire strippers, for $30. Amazon has them for $13-15.

The first clue I had was to search on Amazon for comparative pricing, as the product looked vaguely familiar to me. After that, the other clues became apparent.

If they just launched this new product, why have countdown sales?

How many online shoppers could fall in their trap and be misled into making a purchase? If you don’t know what to look out for, it could look like a good deal.

This was just so astoundingly bad that I had to share.

Always do your due diligence when encountering new retailers.

So let me ask you this – what could have made this retailer/reseller even worse?