ToolGuyd > Hand Tools > Layout & Measuring > An Old-School Tool I Never Thought I’d Use with a Laser Level
If you buy something through our links, ToolGuyd might earn an affiliate commission. 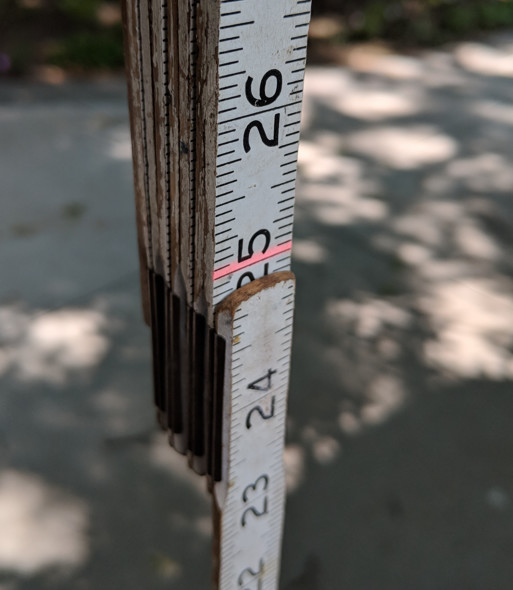 My wife and I set a stone path through one of our gardens this weekend. To help make sure all the stones were set evenly and at the right height, I set up my Bosch GLL50 laser level on the deck and ran a level line. When I went to look for a stick to reference the height of the stones off the level line, I couldn’t find anything readily available, so I went to one of my toolboxes for a tape measure.

In the back of the drawer I spied an old folding rule. My father-in-law had given it to me when he was getting rid of excess tools after retiring. I knew a lot of people like folding rules, but I’ve never really seen the utility in them, so I accepted it knowing that it would probably sit in a drawer gathering dust until I passed it on to somebody else.

It wound up being the perfect tool for this job. I only needed about 30″ of ruler, and it was white (well, faded white), so the red laser could be seen, and it was available. 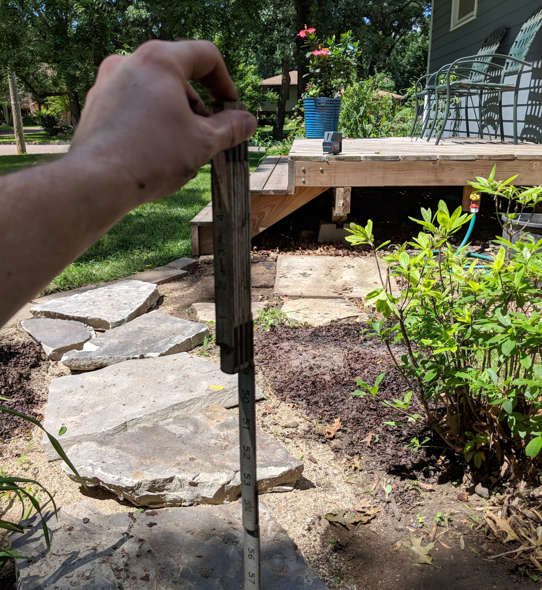 As my wife and I were setting the stones, the contrast between the relatively new laser level and a tool that was old when our grandfathers used it, really stuck me. First, I wondered how did people ever build anything without lasers, they are so freaking handy? Then I thought, probably with tools like the one I was holding, and a lot of skill.

What would be the easiest way to set a path without a laser? Probably putting up a few string lines and referencing off the strings with a ruler. Since the path was curved that wouldn’t have been as easy, plus the string lines would get in the way. 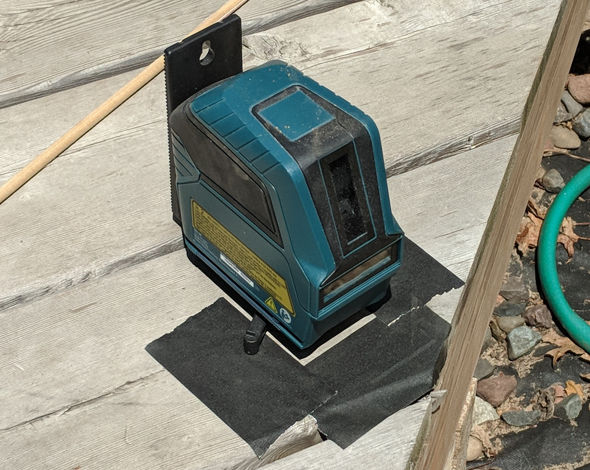 While it’s not an expensive laser meant for outdoor use, as long as we stayed in the shade, it was pretty easy to see the red laser line against the rule.

We didn’t finish the first day (the sun caught up with us in several ways), so I marked the location of the laser level on the deck with some tape so I could put it in the same spot the next day. While I just could have used a new mark on the rule, we were so used to calling out 25″,  and so it was just easier to keep that as a reference. 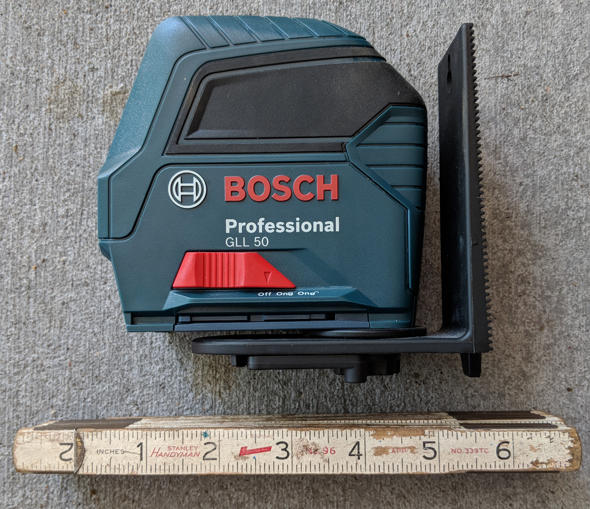 I’m not even sure if Stanley sells any tools under the Handyman brand anymore, and I can’t even find any Stanley folding rules that aren’t metric. So rather than link to some random rule, I’ll link you to a post about an “awesome” pocketable folding rule Stuart found.

The Bosch GLL 50, on the other hand, is still available at Home Depot for $129. I don’t remember paying that much for mine, but it seems like that is the right price. Maybe I got it on sale.

I originally purchased it for putting up some chair rail in my hallway and to help with installing some doors. I didn’t think the GLL 30 was accurate enough for those tasks, and I’m still glad I choose the brighter model now that I’ve been using it outside.

Will I be pulling out the folding rule again? Probably the next time I use the laser level. In fact it’s going to be stored right next to the laser level rather than in the back of a tape measure drawer — old tool next to new.