ToolGuyd > Hand Tools > EDC, Pocket, & Multitools > New COMBAR Outdoors Multi-Tool, with Hammer, Axe, Spade, and More
If you buy something through our links, ToolGuyd might earn an affiliate commission. 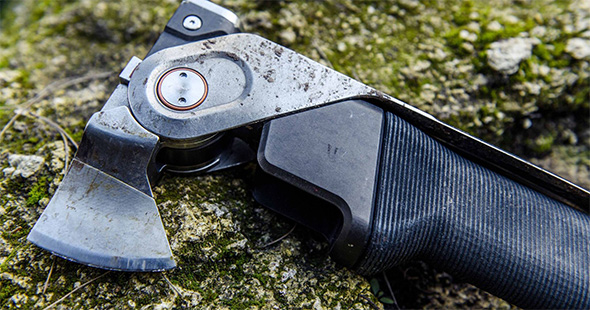 Multi-tools have been around for a quite a long time. They took a quantum leap with the advent of the Swiss Army Knife, a knife-based multi-tool, and then another when Tim Leatherman dropped his eponymous pliers-based design. Knives, saws, pry tools, drivers, and bottle openers are easy to integrate. Pliers are a bit more difficult.

But to this day, the hammer remains the most daunting challenge for a multi-tool. Aside from a few bargain bin designs that combine a pair of pliers and a hammer into an ergonomic nightmare or crazy axe designs, no real multi-tool has even tried to integrate a hammer. The Leatherman MUT has a smashing end, but without the long arm and heavy head to coerce physics to help you out, it’s not the same. 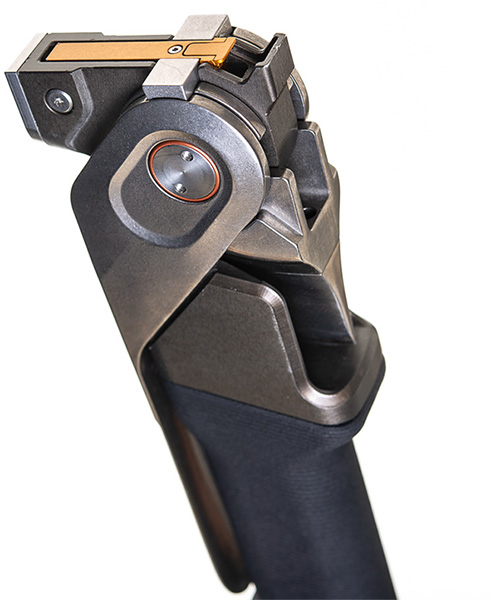 ACLIM8 has a new multi-tool on Kickstarter, the Combar (which has already met its funding goal, so you can pledge with some certainty—no project is ever 100% guaranteed on Kickstarter), and it looks like the best attempt at a hammer-based multi-tool. 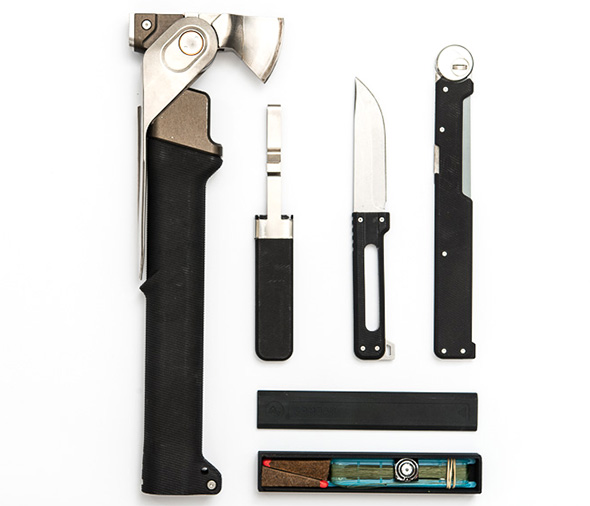 This is no flimsy device. It has a massive handle and a real steel head to give you the heft and durability you would expect in a hammer. It also comes with a fold away, lock in place axe head, and a fold away spade (a narrow design more like a garden space than a shovel). If you opt for the Pro model, the hollow handle stores two more tools: a small fixed blade knife and a folding wood saw. The Combar has a holster and a full carry case if you want to integrate it on to a backpack.

The full Combar Pro kit, which includes the hammer/axe/spade with the knife and saw in the handle, as well as the carry case and holster, runs a pretty penny at $579 on Kickstarter. The base model without the knife, saw, or carrying accessories, runs $359.

That’s a lot of money, given that you could buy all of the tools included as standalones for significantly less. But this is a tool made with good materials—titanium and aluminum are used as weight savers (the Combar tips the scales at 3.2 pounds) and the stainless steel parts, usually 420J or 420HC—both lower grade steels, are all hardened appropriately.

In all, this seems like the best multi-tool design with a hammer we have seen. The hammer has always been the biggest design challenge in multi-tools and ACLIM8 might have just solved this perennial problem.