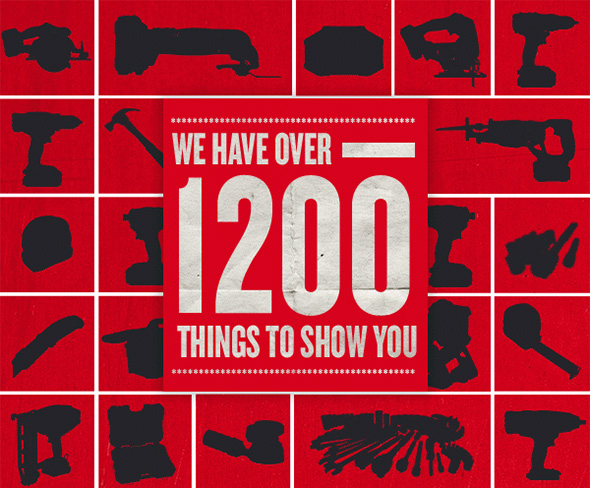 As some of you have started seeing on social media, Craftsman has publicly announced their August event, where they will be showing off more than 1200 new tools.

So… what do you think they’re coming out with?

I think that we’ll see a broad range of products, from cordless power tools to “core” hand tools, with most first-wave offerings out in time for holiday season promotion. I am also hoping to get a glimpse at some of the 2019 releases.

At this time, I would expect to see USA-made or USA-built products, where possible. IF Stanley Black & Decker is continuing to work with some 3rd party suppliers, that should be easy. Perhaps Vaughan is supplying the first wave of Craftsman hammers? Maybe Wilde or Western Forge the first wave of pliers? Pratt Read the first wave of screwdrivers?

There will absolutely be Waterloo-made tool storage products.

Will there be USA-made mechanics tools? I don’t know. Stanley Black & Decker certainly has in-house capabilities of making Craftsman Professional tools here in the USA – if they resurrect the Craftsman Pro brand – but can they do it at price points that customers are willing to pay?

I bought a couple of Dewalt USA-made screwdrivers a few months ago, but I don’t think I saw them in stores yet. They seem to be aimed more at industrial or commercial users, rather than contractors or DIYers. We’ll have to see what they have planned for Craftsman.

Cordless power tools? I would definitely bet on it. There’s no Dewalt media event this year. There haven’t been a lot of Dewalt cordless tool developments recently. Why? I’d bet that it’s because the cordless development team, as well as the innovation team, are working on new Craftsman products.

If I were helping to establish a new cordless power tool lineup, I would seek to create several cordless power tool kits – a competitively priced cordless drill kit positioned at $99 (maybe even a little less, such as $89 or $94) to compete with Dewalt, Milwaukee, Makita, Ridgid, Bosch, and Ryobi holiday offerings, a drill and impact driver combo kit, a competitively-priced combo kit, and a more premium-priced combo kit bundled with a new Craftsman tool box.

We should also expect some power tool accessory sets, such as a drill bit, impact screwdriver set, and so forth.

Consider all of the types of tools that are hugely popular during the holiday season. The new Craftsman brand is going to want to get in on that action.

Lowes, and perhaps the other Craftsman-carrying retailers, will want to make November and December memorable, for both the Craftsman brand and customers.

Will we see corded benchtop tools? Maybe. Woodworking tools? I sure hope so.

Outdoor power tools? Possibly. Snow blowers? I’d bet a little extra on that. OPE is a category that Craftsman has always done well with. Stanley Black & Decker would be smart to offer competitive OPE offerings in time for next winter and then early 2019 for lawn care products.

A few years ago, Sears had an incredibly vast selection of Craftsman tools, benefiting from years of experience and build-up. Neither Husky nor Kobalt, or any other private label brand comes close. Harbor Freight perhaps comes closest, in terms of the quantity and variety of in-store SKUs.

See Also: So, the First Wave of New Craftsman Mechanics Tools Are Made in…

Not to mince words, I consider Lowes to be considerably behind Home Depot with respect to holiday season tool deals and promotional appeal. Craftsman branded offerings, if strategically promoted at Lowes, could be vastly beneficial to both companies.

With this upcoming wave of new tools, they need to appeal to everyone. Budget shoppers, intermediate DIYers, and even pro users, alike. Capturing everyone’s attention or interest now will be important when such shoppers plan out their later tool purchases. If a user feels that Craftsman isn’t targeting them as users, they’ll be less inclined to look at Craftsman offerings later on.

Isn’t that what happened to Craftsman under Sears ownership? Classified as a “sophisticated enthusiast” in SBD marketing speech, Sears stopped caring about me and other such customers. To say “hey, we’re different,” the new Craftsman brand will have to launch their spearhead wave of tools towards multiple user types. I think they can.

For all those reasons, I believe Craftsman will announce the launch of many “core” tools, with certain SKUs aimed at holiday season bargain hunters like us.

It’s going to be an exciting time, to be sure. We’ll be there at Craftsman’s launch event, asking tough questions, assessing the new products, and pressing not-so-subtle hints about what we want Craftsman to come out with next.

Back to the question I asked at the top of the post: So… what do you think they’re coming out with?