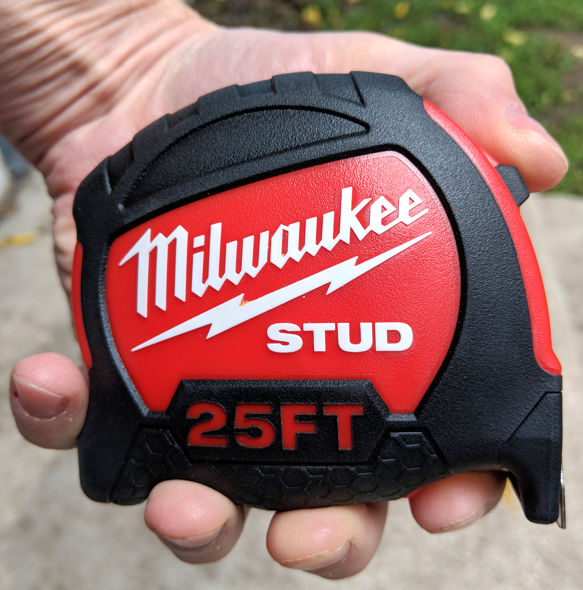 Update: That was quick – the deal appears to have sold out within a half hour.

Right now, it’s on sale for just $10, and from… Amazon? Amazon isn’t (usually??) an authorized Milwaukee tool dealer, but somehow they got their hands on STUD tape measures, and have them priced at just $10 each. The 25′ STUD tape measure typically retails for $20 to $25. 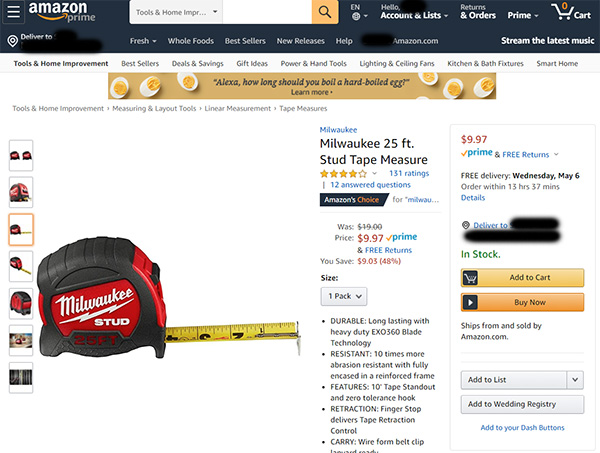 I can’t find a model number, but the $10 STUD appears to be Milwaukee’s first generation product that launched two years ago. It was updated a year ago, with a smaller spring to slightly reduce its size. That new version, model 48-22-9725, typically sells for $28.

We don’t know how many of these 25′ STUD tape measures Amazon has in stock, or how long they’ll remain at the $10 price.

The STUD is a larger tape measure, but it appears to be popular locally and with many users. It’s said to have an extremely durable blade and impact-resistant case.