ToolGuyd > Hand Tools > Clamps > Deals of the Day: Dewalt 20V Max Hammer Drill with Socket Set, Yost Vises (5/30/2017)
If you buy something through our links, ToolGuyd might earn an affiliate commission. 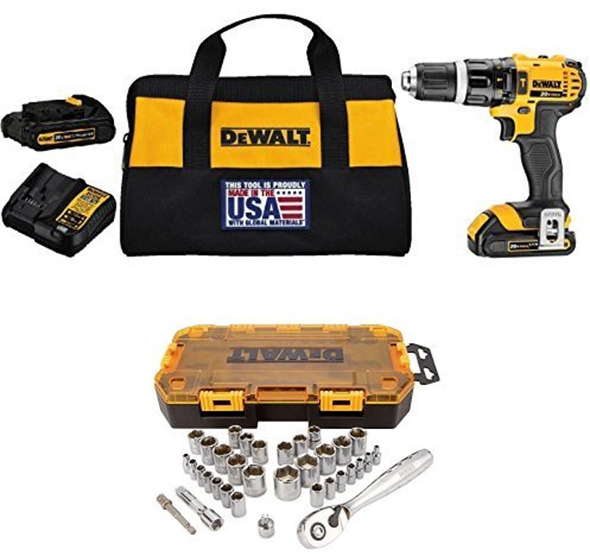 The bundle is priced at $153, which Amazon says is $84 less than if you were to buy them separately.

This is a reasonably good deal, but not one I’d be terribly interested in. If you don’t need the hammer drill functionality, instead consider this brushless drill kit for $99. The DCD777 is an entry-level compact brushless drill, but it nearly matches up to the DCD785.

Aside from the brushless motor aspect, the DCD777 also benefits from drawing upon several years of market advancements. The DCD785 was among the first tools Dewalt launched as part of the 20V Max Li-ion cordless power tool lineup.

Long story short, the DCD785C2 plus socket set IS a good deal at $153, but in the context of what else is out there, it’s not the best deal if you can live without the hammer drill functionality. If you do need a compact hammer drill, this deal of the day looks to be the best Dewalt buy I can find. 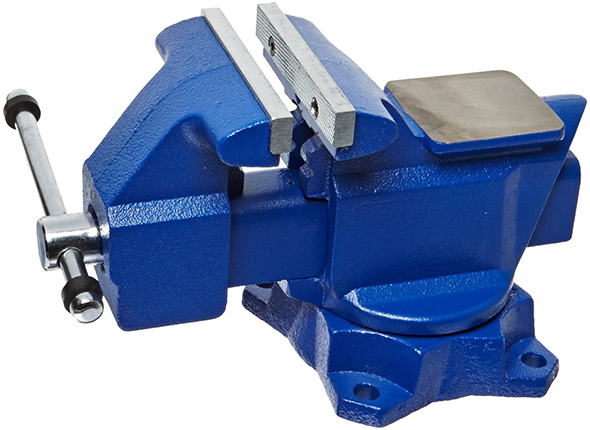 There are some Yost vises on sale today too, plus pipe clamps.

Their woodworking vise caught my attention in particular, as it looks like a quick and easy addition to a workbench, as opposed to some other styles that have more involved installation requirements.

Unfortunately, none of Yost’s USA-made vises appear to be on sale.

Some Yost bar clamps and parallel clamps are also on sale. I’m not sure what to think about them, but they look somewhat generic. A quick search turns up the OEM (or another brand that shares the OEM), but that’s not surprising.

I’m curious to see if these clamps are any good, but no curious enough to be the guinea pig.