ToolGuyd > Power Tools > Cordless > New Dewalt DCL074 Cordless LED Worklight with Bluetooth
If you buy something through our links, ToolGuyd might earn an affiliate commission. 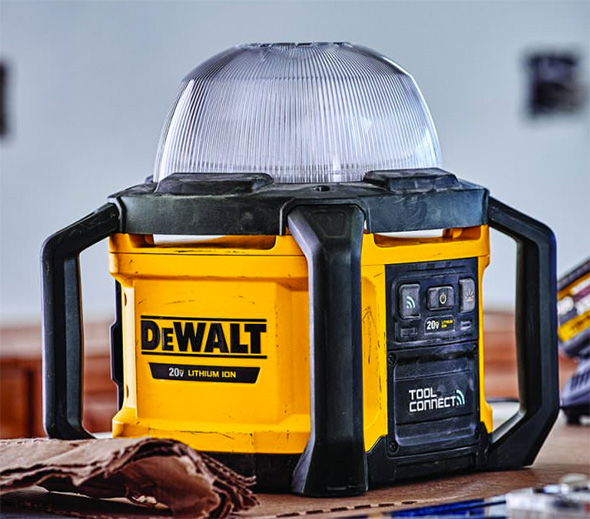 The Dewalt DCL074 is said to be compact, portable, and convenient for everyday lighting tasks, and bright enough to illuminate large areas.

Dewalt says it can deliver up to 5000 lumens of natural white light, and as usually with LED emitters, without the heat and hassle typically associated with halogen worklights.

There’s a done-shaped diffusor on top, which should help illuminate an area evenly. 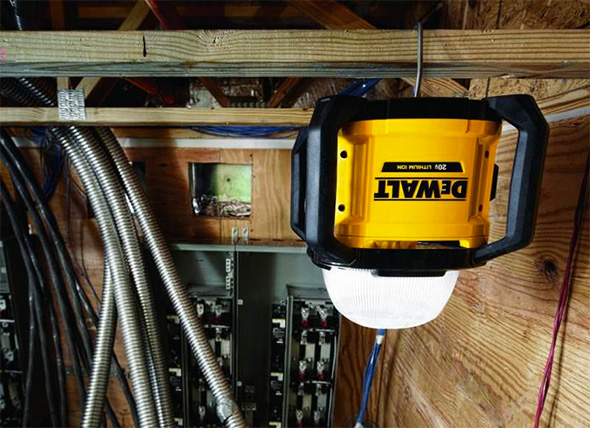 It can be used freestanding on any horizontal surface or hung from an integrated hook. 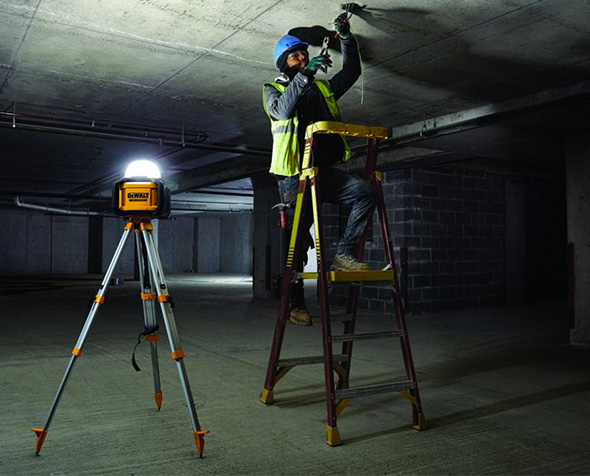 The Dewalt DCL074 worklight can be powered by 20V Max or FlexVolt batteries. It boasts up to 11 hours of runtime, when paired with a 6.0Ah battery ($100-129 via Amazon) and set to the lowest output setting.

Dewalt’s Tool Connect app can be used to control and monitor the DCL074 LED worklight.

I love the shape of this thing, as a worklight but also in a general sense. The new Dewalt LED worklight looks like just the type of product that could appear as a prop in an upcoming sci-fi series or movie.

As an aside, I spotted Milwaukee’s M18 Rocket LED tripod light in a SyFy series episode in 2018, and it wasn’t painted or obviously modified. For you sci-fi fans, which show was it?

The new DCL074 delivers around 71% of the max brightness of the DCL070 worklight, but with a much smaller size and at a lower price point.

Yes, it’s a bit pricey, but its features and functionality seems proportional.