ToolGuyd > Hand Tools > Screwdrivers > Dewalt Industrial-Focused USA-Made Screwdrivers Have Been Discontinued
Happy New Year!
If you buy something through our links, ToolGuyd might earn an affiliate commission. 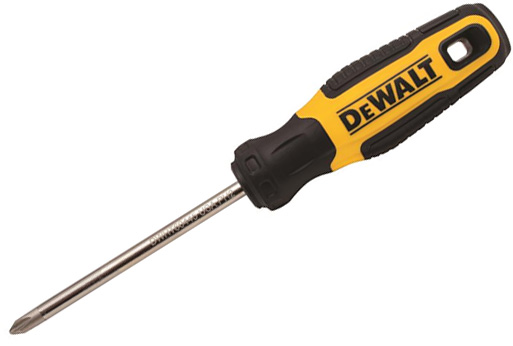 I previously posted about Dewalt’s USA-made screwdrivers, a mostly unknown line of seemingly industrial-focused screwdrivers sold at some independent tool dealers (as opposed to Home Depot or other big box stores).

So, if you were thinking of picking up a set of these USA-made Dewalt screwdrivers, now’s the time to do it. Well, now or the next time Acme Tools or Tool Nut run any kind of percent-off promos. While discontinued, I haven’t yet seen any clearance pricing.

I’ll likely pick up at least another Phillips #2 screwdriver. With as many screwdrivers as I already have, I don’t feel compelled to buy a set, but I’m fond enough to want a backup for my Phillips in case it gets misplaced. I might also buy a single slotted driver to pair it with.

Learn More About These Dewalt Screwdrivers

If you’re interested in USA-made screwdrivers but have a more modest budget, I would draw your attention to Tekton screwdrivers. At higher pricing, Williams is also a good brand, but not everyone is fond of their handle styling.