ToolGuyd > Power Tools > Cordless > Dewalt Portable Power Station Update – I Still LOVE IT!
If you buy something through our links, ToolGuyd might earn an affiliate commission. 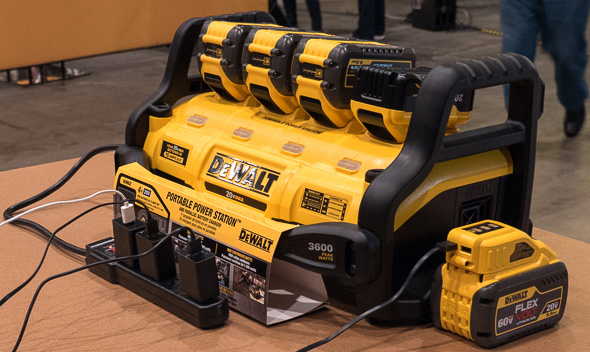 I am pretty enamored with Dewalt’s Portable Power Station. It offers a way to lend battery power to many different kinds of corded tools, and can power other types of stuff. At Dewalt’s media event, it was on a table with a power strip and some phone chargers attached.

I admittedly don’t use my test unit very frequently, but it still sees occasional use. And when I do use it, there aren’t any clear substitutes or alternatives.

I have a small photography and videography HDMI display. And… it wasn’t working properly on the day of the eclipse. Actually, the moon had already started to pass over the sun when I realized this.

I ran inside, pulled out a computer monitor and an adapted floor stand, the Dewalt Portable Power Station, and got to work.

The Portable Power Station wasn’t fully charged, but it had enough to me through most of the rest of the eclipse.

If anyone’s interested, I can post the eclipse images at some point. I have some more editing to do, but here’s one that I posted to Instagram:

That’s not the color that came out of the camera. 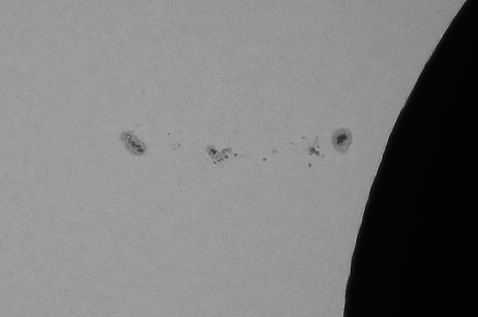 No, the Portable Power Station isn’t perfect. Ben and I noticed that it doesn’t quite provide “corded” power, although it comes close. Ben gathered some data, and I’ve been slow on my end to analyze things.

I have portable oscilloscope on loan from Fluke (thank you!! I promise to have it back soon) and a tachometer that’s been sitting on my bench waiting for some more use.

Basically, motor speeds seem to be slightly lower when a corded tool is plugged into the Portable Power Station vs. plugged into the wall. The different isn’t dramatic, but it’s noticeable. You can hear a difference, and Ben measured a difference. I’ve been very slow in setting up controllable testing on my end.

Overall, it’s a fantastic product, and I feel just as enthusiastic about it as I did last year.

Wait a second, I just checked, and it dropped in price! The portable power station is now $299 at Acme, and less on Amazon – $249 via Toolup as a 3rd party seller, and $268 via Amazon directly.

At this price, compared to the original price of $399, I might need to buy one for personal use.

Although my most recent usage example involved powering a computer monitor outside and away from an AC power source, there are lots of practical tool-related applications.

Let’s say a job calls for a tool you don’t have a cordless version of yet, such as an angle grinder. You can pull out your corded tool, or pick one up at the store for cheap, and plug it right in.

There are some tools and products that the Portable Power Station cannot power, due to its modified sine wave, but I personally haven’t come across any yet.

I love this tool, and really wish that other brands come out with something similar.

Thank you to Dewalt for providing the review sample!