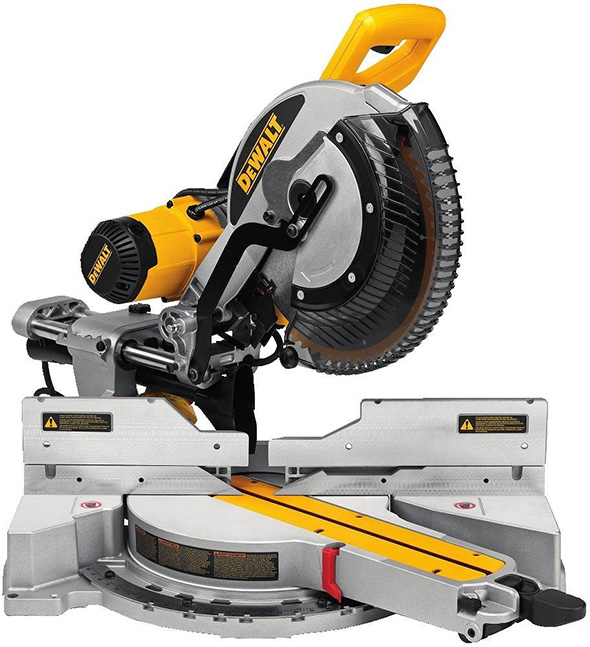 Mosh and Josh wrote in about an early Black Friday 2018 tool deal on the Dewalt DWS779 12″ sliding miter saw. Thank you both!

It’s similar to the DWS780, but lacks that pricier model’s LED shadow cut line guidance system. There could be other less obvious differences that we can’t see.

The DWS779 seems to have very good reviews, and it seems like deja vu to say it, but at this price (and possibly above it), it’s probably the best-featured pro-grade miter saw of its kind.

This is the same price that it was for Black Friday last year. Lowes’ page says that the price is valid thru 11/14/2018, but if I had to guess, I’d say it’ll extend beyond that.