ToolGuyd > Hand Tools > Layout & Measuring > The Everyman Grafton Mechanical Pencil
If you buy something through our links, ToolGuyd might earn an affiliate commission. 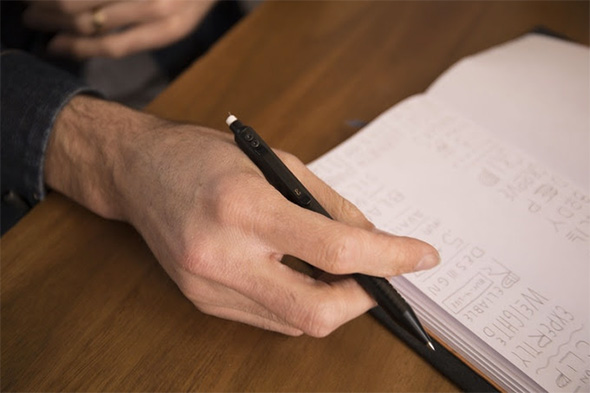 I received an email about a new Grafton mechanical pencil by a brand called Everyman.

How do I say this nicely? The pitch was horrible – it was a little cheesy, and completely uninformative.

The words “hipster bait” popped into my head at one point.

They describe it as “inexpensive,” with a $29 Kickstarter fundraising price. Its main selling point? The “buy-for-life” quality.

It’s also “expertly weighted.” The Kickstarter mentions that you can use it with 0.5mm pencil lead, or swap in an optional part for 0.7mm compatibility.

The Grafton pencil is available in silver or black-finished 6061 aluminum. Each comes with 3 eraser refills.

It is fair to say that my first impression was not very positive. After looking at the pencil’s marketing a second time, I’m not any more sold on it. They failed to “sell me this pencil,” which the email subject entry claimed to do.

So why post about this pencil even though I can think of at least 5 much cheaper mechanical pencils that I am more interested in? 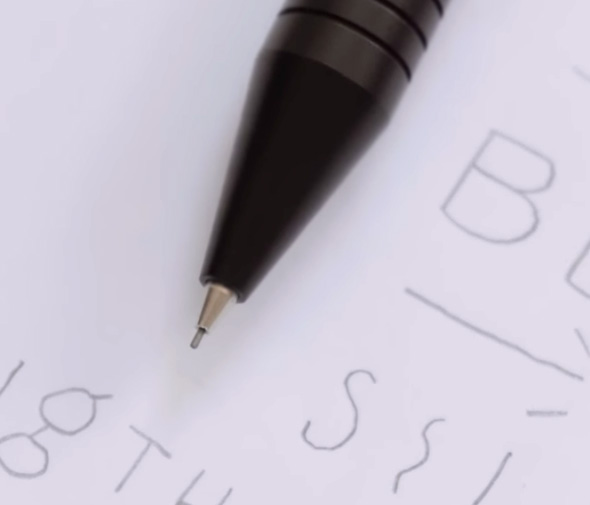 I’ve been asked a few times about EDC-suitable mechanical pencils, models which can survive the demands of riding around clipped to a pocket. From what I can see in the product images, the tip looks conical, maybe even robust. It might endure pocket-carry a little better than many of mechanical pencils that have needle-shaped tips.

Why do many better mechanical pencils have needle tips, which can potentially be more prone to bending or other damage? Because the needle shape does a lot better when you’re drawing against a straight edge, template, square, or triangle.

I wish that the makers of this new pencil were a little more descriptive about its features or benefits. But maybe I’m not the type of person it’s being marketed to?

I’ve never heard of Everyman before. Looking at their site, they say they offer “tools for your everyday grind.” They make a couple of products, suggesting they contract production out to established OEMs.

Where’s it made? No idea.

Personal Reservations – as mentioned, the words “hipster bait” flashed across my mind once or twice, when I had to do my own research to make up for the lack of information in the email I received.

Everyman says the feel they created the perfect mechanical pencil, after conducting a year of testing. But why should I spend money for this Grafton pencil, over one by a brand such as Staedtler, Rotring, Pentel, or Pilot?

If this is Everyman’s first mechanical pencil, and second writing instrument (there’s also a Grafton pen), how much can I trust their heavily-repeated “buy for life” quality claims?

For some of you, it might be worth a try. The pen’s Kickstarter backer price is $29. They say this is $6 below retail, and so its eventual price is suggested to be $35.