ToolGuyd > Editorial > Garden Carts – Pros and Cons?
If you buy something through our links, ToolGuyd might earn an affiliate commission. 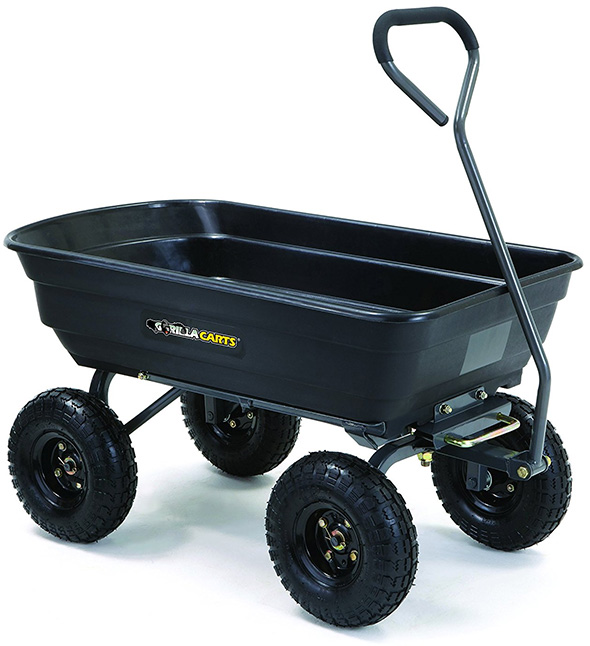 I’ve been looking at garden carts, because hauling mulch, branches, dirt, and other stuff can be a pain without one.

I don’t really need a large wheelbarrow. I could probably use one, but I don’t want to store one. Garden carts seem to be a little smaller, and they’re more stable.

There are steel-bucket garden carts, but they’re larger, heavier, and more expensive. I could always step up to one if or when needed. I have seen convertible metal frame or cage carts, with removable sides. There are also other brands, but Gorilla Carts seems to be widely available and reasonably well-reviewed.

What are some of the other downsides I might not be seeing?

If you have a garden cart, would you recommend it?

I Bought a Gorilla Carts Utility Cart, but 2 of 2 had Busted Wheels