Shown here are Gearwrench ratcheting wrench drive adapter sets – metric on the left, inch on the right. I bought these over 6-1/2 years ago.

How many times did I use them?

Once, if that many. Maybe not all. I paid less than $10 for both sets combined, so it’s not too big of a waste. 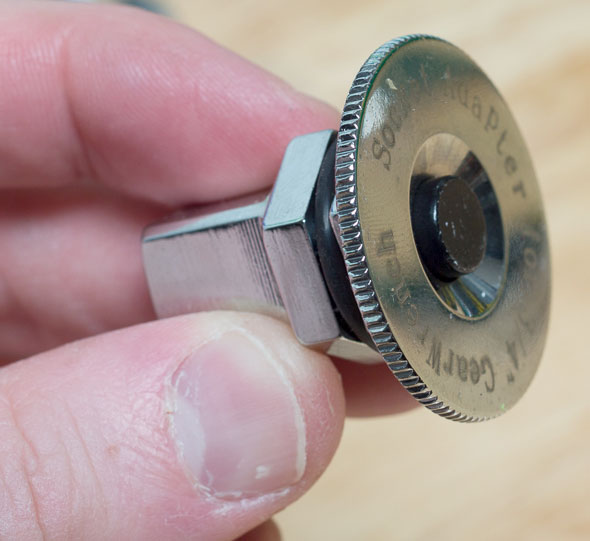 These adapters are designed to fit into the ratcheting box ends of certain sizes of ratcheting wrenches.

The idea is that, with these adapters, you can create a super low-profile socket wrench. 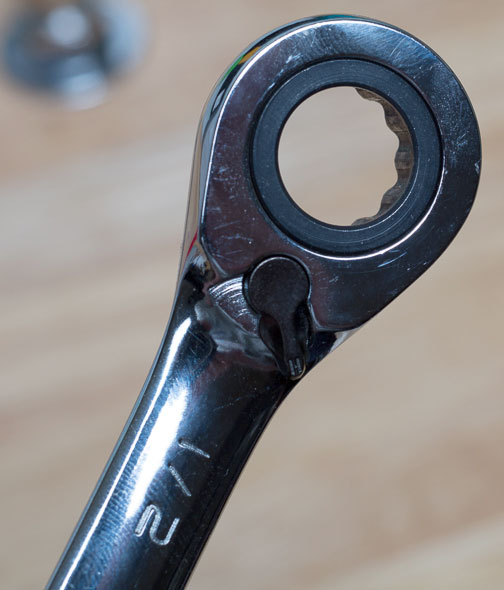 Problem: they don’t work with Gearwrench reversible ratcheting wrenches, or at least the ones with a Cap-Stop feature. If you want to learn more about this feature, check out my intro to special wrench and socket terms and features.

Basically, the Cap-Stop feature prevents a wrench from moving past a nut on a long bolt, stud, or threaded rod. It’s a feature that users either love or hate. 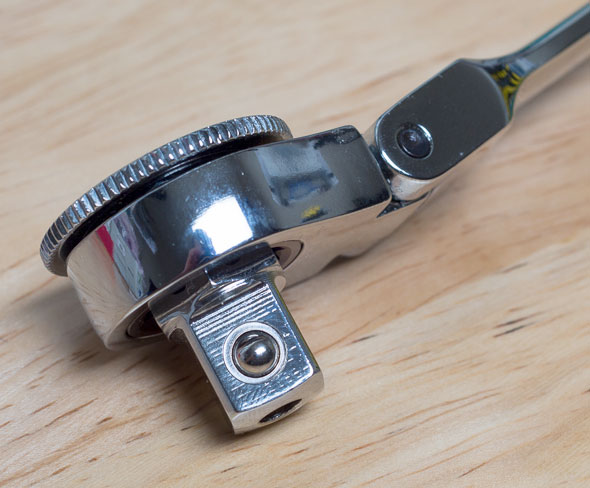 These adapters do work with my flex-head ratcheting wrenches, and a couple of my other newer wrenches.

I bought these adapters thinking I would use them in place of a wrench in tight clearance areas. But, they don’t work with my reversible ratcheting wrenches, and my flex-head wrenches have non-reversible box ends. This makes it potentially problematic to use these adapters in tight spaces as it could force the tool or fastener into an area I cannot back them out of.

The adapters are kind of neat, and they also have a quick release button. Serrations around the knobs allow for easier finger-turning when needed.

It’s unclear how much I paid, as Sears applies discounts in a weird way in online order confirmations, but it’s definitely less than $10 total.

Now, the inch set costs $22 and change, and the metric set is $21 and change, from Amazon.

For what I paid, I’ll keep these in my toolbox – for now – although I might move them to a portable tool kit where they might actually see some use. But if I’m carrying ratcheting wrenches and sockets around, then there’s usually space for a ratchet or two.

I know I’m not the only one to fall prey to a hey that looks handy or hey I could use that mentality when something goes on sale for a great price, only to later discover I wasted my money.

This time of year I often have a hard time resisting deals that are almost too good to pass up, and I’m sure some of you are in the same boat. That’s why now’s a good time to tell this story.