ToolGuyd > Power Tools > Cordless > “New” Hilti 22V Cordless Power Tools and Batteries
If you buy something through our links, ToolGuyd might earn an affiliate commission. 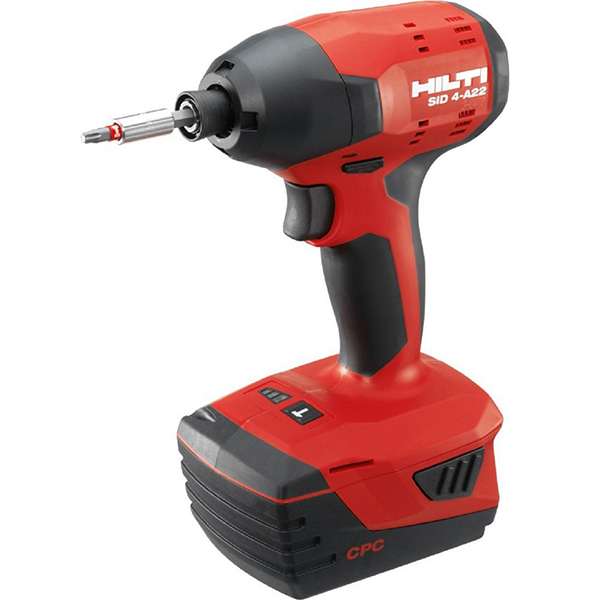 Hilti recently announced that they are transitioning to a 22V battery. The new 22V battery will work with all new and previous generations of Hilti 18V Li-ion cordless tools, providing for a seamless transition for existing Hilti cordless tool customers.

The new battery packs are said to provide an increase of 15% to 30% in work per charge.

There are upgraded electronics and an updated Cell Management System (CMS) that allows for deeper discharging of the battery, meaning users can squeeze even more energy out of the new battery packs.

Update: Apparently Hilti 18V and 22V are the same, with the only difference being in labeling. The updates to the battery should still stand, but there are NOT added cells. Several readers confirmed this in comments.

Although this does dilute Hilti’s claim about the new battery being innovative and its backwards compatibility being an industry first, there should still be some benefits for users.

Thank you everyone for chiming in! I should have realized that the 22V packs were the same as the 18V packs, but thought that maybe they worked some kind of wonders to be able to fit extra cells in the same battery pack volume.

In addition to the new 22V battery packs, there will be new 22V cordless power tools. And YES, Hilti’s 18V battery packs WILL work with the new tools as well.

There’s no mention of whether there will be a small hit to performance, or how the runtime might differ, but the important thing is that the 18V and 22V tools and battery packs will be completely forward and backwards compatible.

This is a HUGE deal, as it means that current Hilti 18V cordless power tool users aren’t left behind in the dust.

As mentioned in the opening paragraph, Hilti says that this will provide for a seamless transition for users, and it looks like this is absolutely true. 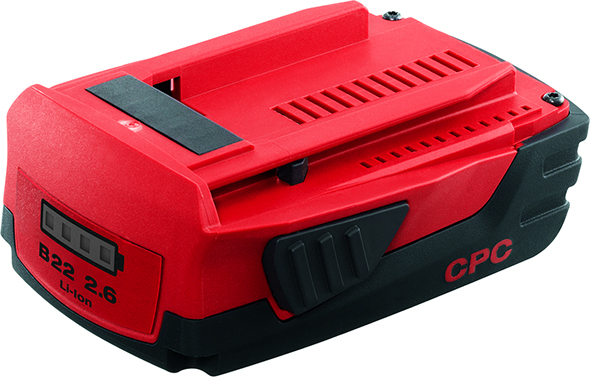 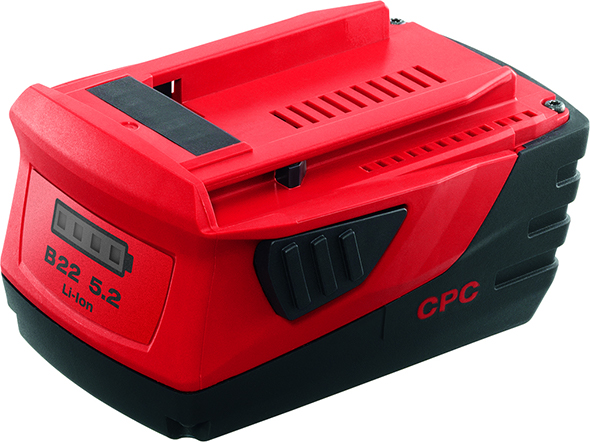 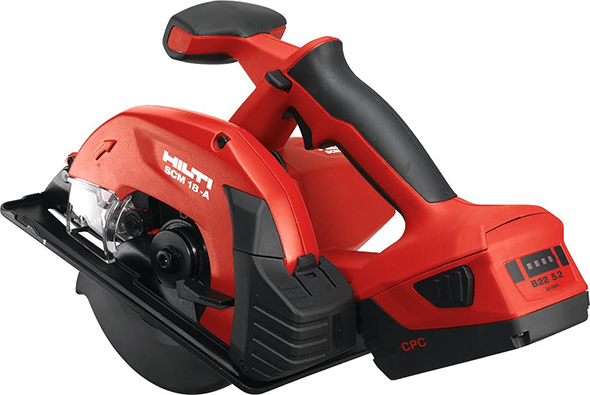 Here is their 18V cordless metal-cutting circular with a 22V 5.2Ah battery pack. 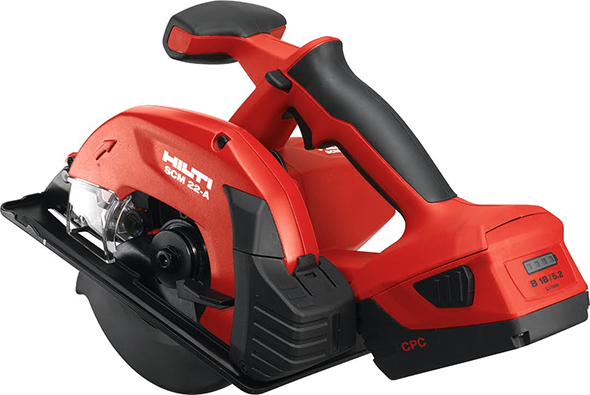 And here is their 22V metal-cutting circular saw with an 18V 5.2Ah battery pack.

What’s the catch? I can’t see one!

18V tools powered by 22V batteries will benefit from more work per charge, meaning at least longer runtime. Hilti wasn’t clear as to whether there would be benefits to speed, power, or performance.

The 22V battery pack is 21.6V nominal under load, and actually measure close to 24V when fully charged with no load applied.

It’s refreshing to see this as a “true voltage” claim. They could have followed the trend and went with “24V Max,” but I’m glad they didn’t.

22V vs. 21.6V isn’t a big difference, and seems to me to be rounding for convenience purposes.

It looks like many (if not all) of the 18V tools will be replaced by 22V-branded versions. What’s not clear is whether there will be any enhancements that allow them to squeeze more performance or runtime compared to the 18V versions.

There are 3 new tools launching with the new platform: a compact hammer drill/driver, an impact driver, and a heavy duty drill/driver. 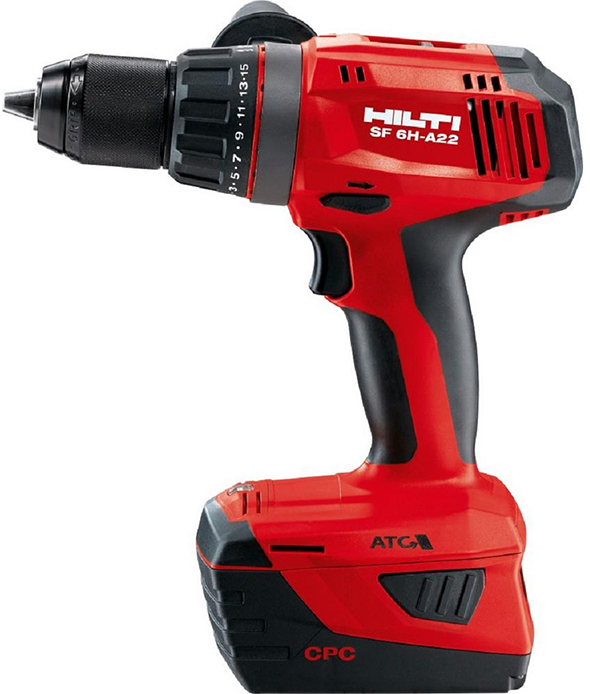 The new Hilti SF 6H-A22 compact hammer drill features a max torque rating of 708 in-lbs, and has an Active Torque Control (ATC) mechanism for protecting users from over-rotation when a bit binds up and gets stuck. 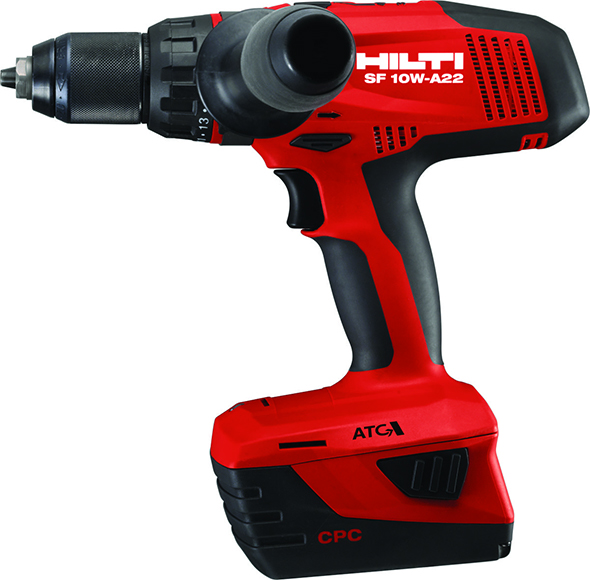 The new SF 10W-A22 ATC is a heavy duty drill boasting a 1062 in-lbs max torque rating and top speed of 2100 RPM under no load. It has 4 gear settings, so you can select the best speed range for the job.

There is also Active Torque Control, for user safety. Presumably, if it works like other torque control designs, the ATC mechanism likely incorporates a sensor that shuts off power to the motor if it senses that the drill is binding.

I don’t have much familiarity with Hilti, or Hilti tools, but I’ve heard good things.

All of this is a very big deal. To sum it up,

1) There’s a new 22V battery pack that will provide a boost in “work per charge.”

I don’t think I have ever seen another cordless power tool brand make it so easy for users to transition with them. To me, this move says “we care about our customers no matter what it takes.”

Maybe this won’t always be the case, and there will be new 22V tools in a few years that won’t work with their 18V batteries, but there’s nothing from what Hilti has said that would suggest this.

If I were a Hilti cordless power tool user, I’d be thrilled right now. And if I wasn’t, but used my tools in a professional capacity, this would be enough to make me look closer at their lineup.

Update 2: The realization that the 18V packs were 22V (21.6V nominal) all along dilutes the impact of this news a whole lot. Still, while 18V to 22V is largely a rebranding, I see no reason to doubt Hilti’s claims of upgrades and updates to the battery pack electronics and discharge settings.

Going back and rereading what I wrote earlier, it now seems humerous – and somewhat misleading – that Hilti is making claims that the battery packs are the same size, weight, and cost. Of course they are – they’re essentially the same battery packs but with seemingly minor changes to the electronics!