ToolGuyd > DIY & Home > How Would You Fill This Foundation Hole?
If you buy something through our links, ToolGuyd might earn an affiliate commission. 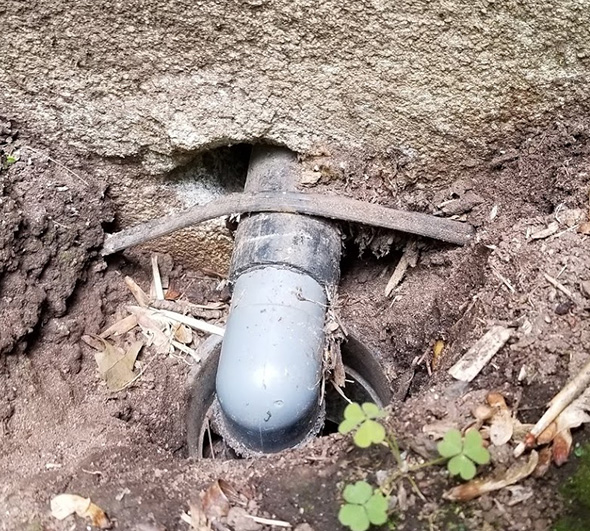 So, it looks like we found where some of the occasional mice are coming in from!

This is a sump pump outlet. On the inside, the pipe is well-sealed. But somehow, the occasional mouse goes in and comes out in the same spot at an adjacent wall, right into a trap.

On the inside, the area around the pipe is well sealed with what looks to be some type of [hydraulic?] cement.

For the outside, I’ve seen conflicting internet advice. 2 magazine-type sources say that it should (could?) be filled with expanding foam, and then covered with roof flashing that is tarred to the foundation surface.

When I found a similar forum thread somewhere, some folks advised against hydraulic cement, since the rigidity could damage the pipe over time.

What would you guys advise?

(Normally, there’s a tall clear-out pipe blocking the view. The soil around this pipe must have been eroded recently, or dug out, as it was well covered over the winter.)