ToolGuyd > Reader Question > How Would You Turn a Spare Bedroom into a Workspace?
If you buy something through our links, ToolGuyd might earn an affiliate commission. 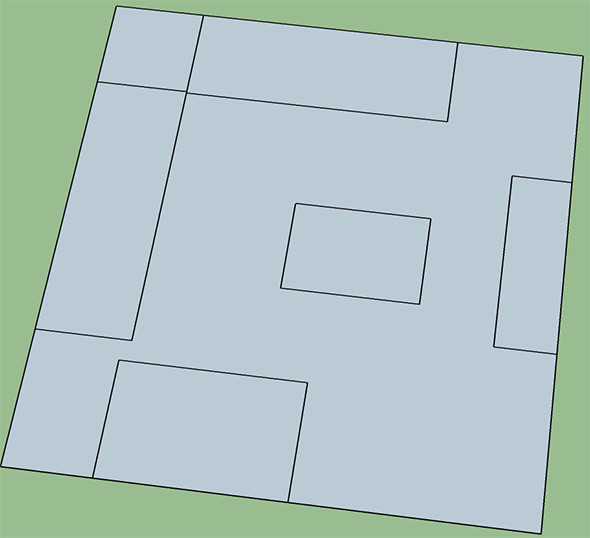 I was recently asked for advice about how to best turn a small bedroom into a workshop, and I drew a blank. I had worked out of small workspaces for years, but I had never started off with a clean slate before.

Their space is a spare bedroom and will be used for light DIY projects. Heavy dust-creating stuff would be done outdoors somewhere. They didn’t mention many requirements, aside from needing space for a computer desk. Dimensions are said to be around 11′ x 11′.

Visualize a square room with 4 walls, which we’ll describe as North, South, East, and West. There’s a closet at the East wall, near the NE corner, and an entry door at the South wall, near the SE corner.

The main request was to maximize workbench and storage space for tools and small parts.

Here were my brainstorming suggestions:

There are benefits to having more than one workbench, especially if there are vastly different projects or activities that you want to pause and pick up later.

It seems that a mobile workbench, workstand, or tool cart might work well in the center of the room. Or it could be left open for a portable workstand if/when needed. If a mobile unit, maybe it can be docked at the East wall until/unless needed near another workbench for whatever reason.

Corners are always problematic. In this case, there’s a closet at one, a door at another, and I haven’t a clue as to what to suggest about the other two. Maybe the 1 of the workbenches can be moved over or extended, although that usually means a loss of under-bench space unless one designs and builds a single L-shaped bench.

In terms of storage, I would recommend a tool storage combo, or at least a bottom unit or two that can fit under a workbench.

If going DIY or store-bought routes, I would suggest a modular setup. It’s easier to rearrange a room if workbenches and storage units are modular and movable. While a U-shaped workbench or complete built-in setup might look great, they’re not very flexible. Let’s say you want a standing-height desk, or a single deeper workbench. It’s hard to make these changes if you don’t have a modular arrangement.

The above-bench spaces can be covered with shelving or wall cabinets.

How would you design this space for maximum work surfaces and storage?