ToolGuyd > New Tools > New Ikea Smart Lock (Rothult) – Perfect for DIY Tool Storage Projects and Hacks?
If you buy something through our links, ToolGuyd might earn an affiliate commission. 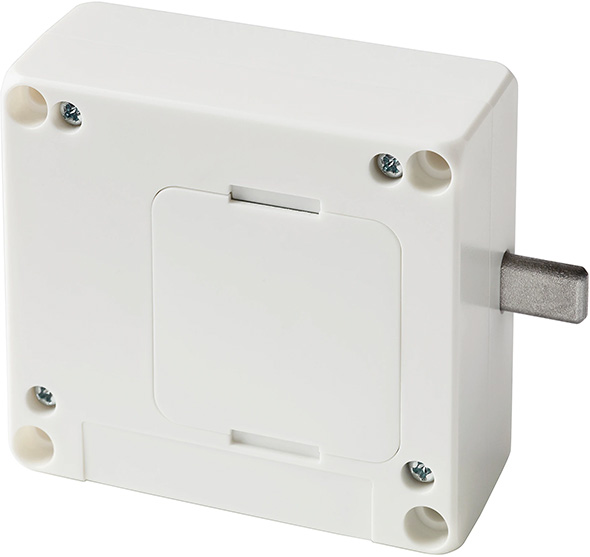 Ikea has come out with a new smart lock, named Rothult. I saw it at Ikea today, and it seems like just the thing I’ve been looking for to add to two of my tool drawers!

I have several DIY kitchen-style tool cabinets, and plan to build more. A design/accessory search has been plaguing me for a while – how do I make some drawers inaccessible to my kids? While my kids respect my tools and equipment, they’re curious, and there’s too much to keep out of reach, such as knives, scribes, precision tools, and solder.

Keyed locks for drawers are pricy, not to mention a hassle to use. Key-code locks are more appealing, but much more expensive and extremely hard to find.

I toyed with the idea of creating a hidden mechanical locking mechanism that locks an entire bank of drawers without requiring any keys, but with no existing projects to draw inspiration from, I’ve been stuck at the drawing board. Do I want it to be purely mechanical? Or electronically-controlled, with a geared motor, servo motor, or maybe a solenoid? 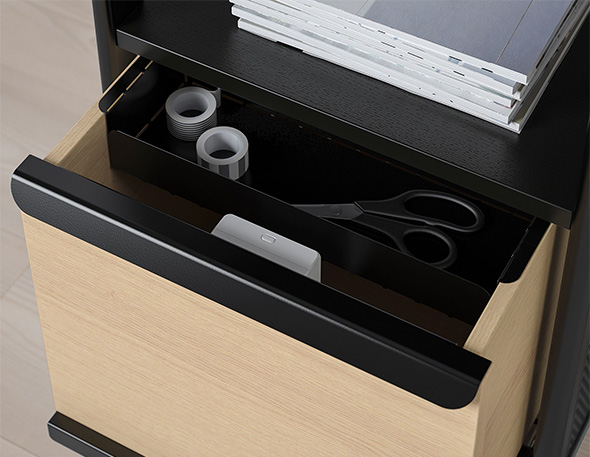 But, looking at the details and features of the new Ikea Rothult smart lock, it looks like I now have a good option for securing a couple of individual drawers.

The Ikea smart lock might require some creativity for DIY implementation, but it’s designed as a screw-on module that’s powered by AAA batteries. It really doesn’t get any simpler.

The Ikea Rothult smart lock is unlocked via NFC/RFID. It comes with two “master keycards,” and you can also train it to use other keycards or devices, including NFC-compatible smartphones.

Ikea says that other NFC/RFID products can potentially be used as keys, such as membership cards, credit cards, or public transport cards. It might also be possible to use things like RFID key fobs, or maybe even hotel keycards.

I only learned about the Rothult because I came upon new filing cabinets and was curious as to why they had square punch-outs. If I had to guess, I’d say that they might come out with other smart lock-compatible storage products in the future.

For one or two drawers, $20 each seems reasonable. But I think it’ll still look into other solutions for locking a column of drawers.

At the store, there was one cabinet door fixed with a Rothult smart lock, and the pin was set to the unlocked position.

I bought two of them, and plan to do some testing and playing around. Please let me know if you have any questions.

Most recently, I have considered experimenting with an electronic solenoid, which can be found for ~$10 at Amazon. I picked up two of the Ikea smart locks without hesitation, based on how I probably cannot build anything similar for less money.