ToolGuyd > Hand Tools > Pliers > Kobalt Magnum Grip Pliers
If you buy something through our links, ToolGuyd might earn an affiliate commission. 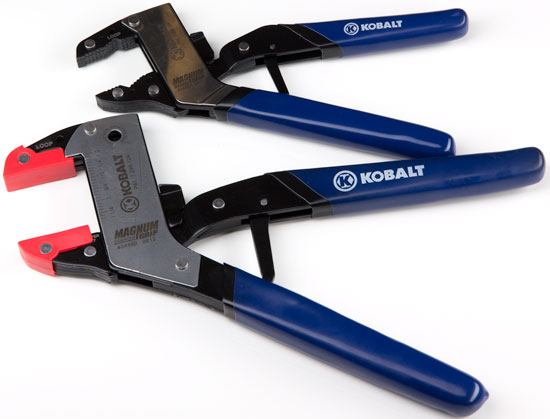 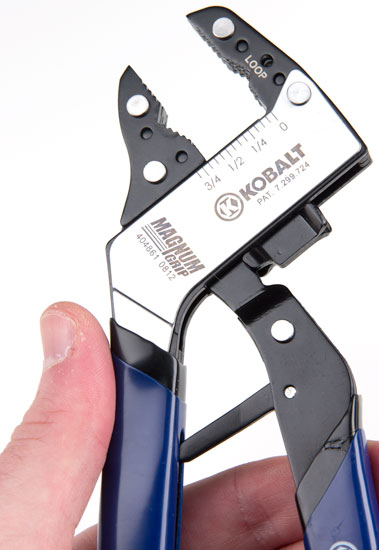 The 6-inch Magnum Grip pliers is made from laminated steel plates and have a capacity of about 3/4″, at least according to the markings on the pliers’ jaws. 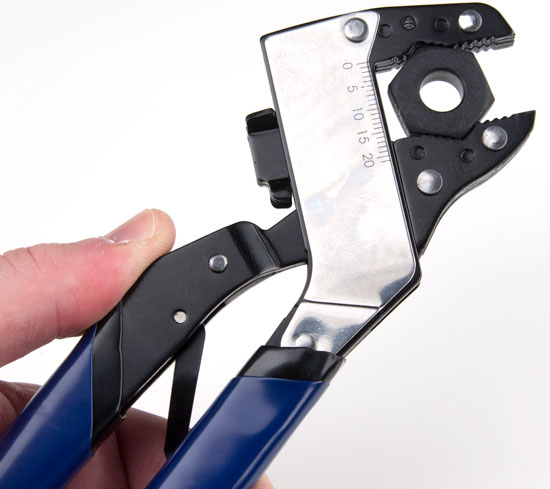 These pliers feature grooved jaws and V-shaped grooves to better fit hex fasteners. For the most part they work well with and don’t mar or damage medium-sized nuts and hex bolts.

The larger 8-inch pliers, also made from laminated steel, have plastic-lined non-marring plastic jaws. Although smooth, the removable plastic liners do a good job gripping metal objects without slipping. The grip is not going to be as strong as with grooved metal jaws, but the design allows for the pliers to be used with more delicate objects. 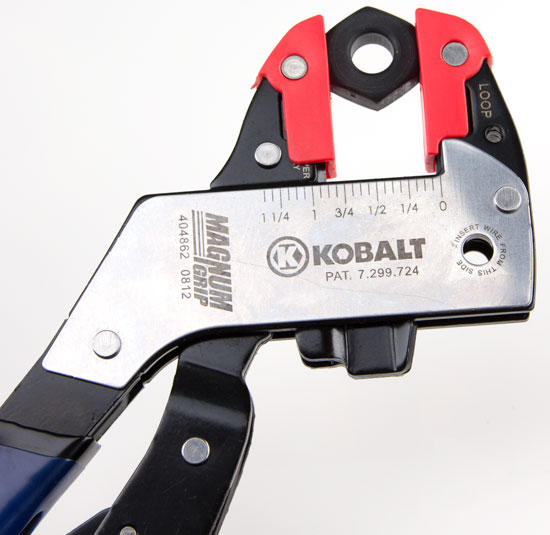 Logically, the 8-inch pliers have a wider jaw opening that the 6-inch ones: 1-1/4″. The parallel jaw action of both pliers is said to provide double the power compared to standard pliers.

The plastic jaw liners can be removed with a bit of prying to reveal straight grooved jaws. Removing the plastic liners/jaw caps also exposes a copper-only wire cutter.

The thin and somewhat loose-feeling handle grips leave something to be desired, but I’ll reserve judgement until I test the pliers a bit more. It could also be that I have become spoiled by the thick and contoured comfort grips found on pricier premium pliers.

The pliers are available now at Lowes as part of a $20 2-piece set. Order online (link above) and you get free bonus carrying pouches.