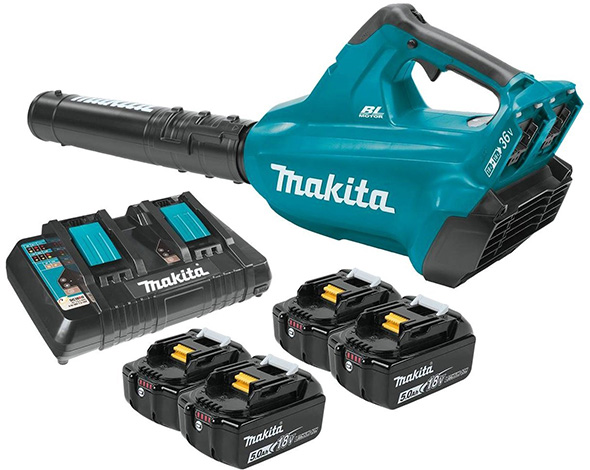 I came across a Makita 18V X2 brushless cordless blower kit, XBU02PT1, when searching for something else. This kit comes with (4) 5.0Ah battery packs, a 2-bay charger, and an X2 brushless blower.

Let’s say you’re a heavy Makita user, and you might or might not need the actual blower. This is a very good deal on the battery pack and charges, with the blower practically being free.

Looking at the cheapest way to get (4) battery packs and a charger, that’s $378. Buying two sets of batteries and the charger separately is $382.

Just (4) battery packs, purchased in two of the newly discounted sets, would set you back $318.

So that’s where I’m coming from. If you’re a heavy Makita user and need new battery packs, or want to buy into the system with a good supply of batteries and a dual bay charger, this is a very good deal.

As mentioned in the title, I’m really not seeing this as a Makita 18V X2 blower kit, I’m seeing it as an 18V X2 starter kit, or a big 18V starter/support/upgrade kit. When you price things out, it’s as if you’re not even paying for the blower. 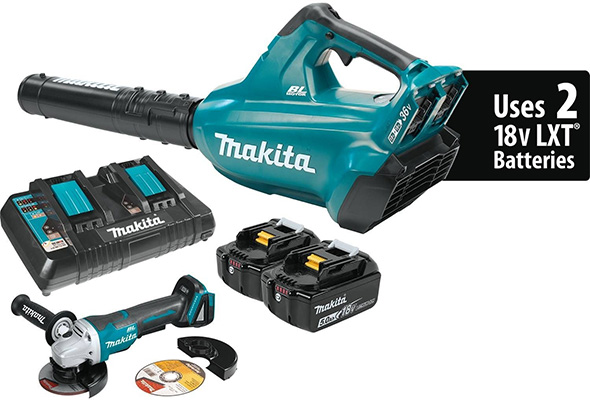